The venues for the post-league matches have not yet been decided. The initial match is set to play between Sydney Sixers Women and Melbourne Stars Women at North Sydney Oval.

A total of 8 teams will feature in the 7th edition of the Women Big Bash League season. Following are the details of the team’s captain and head coach for this season of WBBL:

Each squad is to be made up of 15 active players. Teams can sign up to five ‘marquee players’ with a maximum of three of those from overseas. Marquees are classed as any overseas player, or a local player who holds a Cricket Australia national contract at the start of the WBBL|07 signing period.

Following are the details of the WBBL squad for the 2021 tournament: 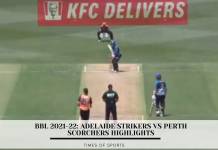 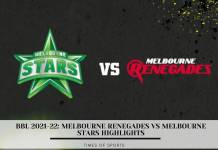