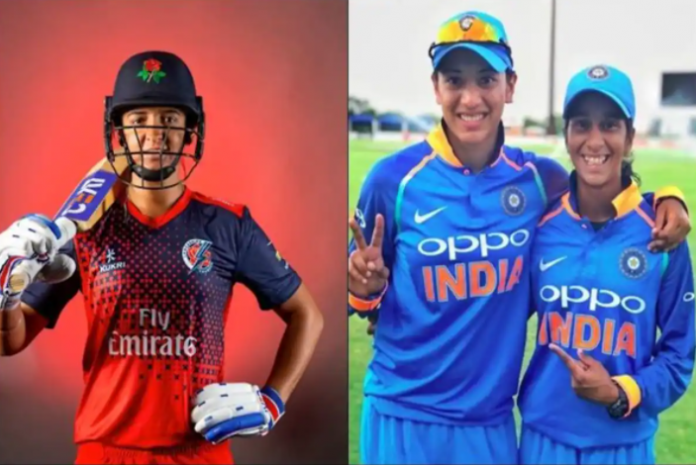 Indian Players in BBL: Indian women cricketers reach a new level by entering their names in the famous Big Bash League. As for men’s, Cricket Australia hosts a T20 league for women under the name of Women Big Bash League.

Though women’s cricket keeps getting famous all around the world CA shows interest in developing the women’s domestic league.

The batter Shafali Verma and left-arm spinner Radha Yadav will be making their debut in the Australian league this year. Sydney Sixers signs the two youngsters for the upcoming WBBL07.

Following are the list of Indian cricketers signed by WBBL for their 7th edition:

Not only these two, Indian opening batsman Smriti Mandhana and Batting Allrounder Deepti Sharma have been roped by Sydney Thunder for the WBBL07 season.

Unmukt Chand is set to be the first Indian male cricketer to play in Australia’s Big Bash League (BBL) after the batter signed for the 2021-2022 season.

Verma’s father Sanjeev confirmed the news of the batter participating in WBBL as he told, “Yes, Shafali has signed the contract with Sydney Sixers and given she is a minor, I have had to give my consent, too. I would like to thank the BCCI and Haryana Cricket Association [HCA] for giving my daughter the permission and support to play in the WBBL. Without the guidance of the HCA, whatever Shafali is doing in her career wouldn’t have been possible.”

Further, a BCCI official also detailed his opinion on the issue stating that the Indian board has decided to give a No Objection Certificate (NOC) to all the women players who will be approached by the WWBL franchises.

A senior BCCI official said, “All players who have been or will be approached by Big Bash teams will be given all necessary permissions to participate in the WBBL this season,” he said on the condition of anonymity.

Do Indian Cricketers Feature in WBBL Before?

But a clash with a tour of the West Indies prevented Indian cricketers from taking part in the 2019 season. Several Indian players had been lined up to feature in it but could not take part due to a clash with the Women’s T20 Challenge in 2020.

India too hosts the Women’s IPL since 2018 with just 3 teams and plans to expand in the future. Apart from these two countries England for the first time in cricket history hosts The Hundred tournament which has been played between 8 teams in July and August 2021.

Interestingly England too focuses on developing women’s league and hosts the tournament for women’s with 8 teams under the same name as men’s teams.