Commonwealth Games 2022 India Medals: The multi-sport event for members of the Commonwealth of Nations is scheduled to take place in Birmingham, England, from 28 July to 8 August 2022.

Apart from following the whole medal table, many Indian fans from all around the world will search for separate detailed articles for their favorite nation’s medal records.

To quench their thirst our team have created a separate table that explains India’s stand in Commonwealth Games 2022 medals race with players details who have achieved greatness for team India.

Mirabai Chanu won the first GOLD medal for India in the commonwealth games 2022. Mirabai Chanu in the Women’s 49Kg weightlifting category ended with a total lift of 201 kg (88kg+113kg), which is far from her personal best.

Young weightlifter Jeremy Lalrinnunga bagged the second gold medal for India at Commonwealth Games 2022 by lifting 300Kg in the men’s 67kg category. He lifted a total of 160kg in the clean and jerk segment to finish with a grand total of 300kg, which is also a new CWG record.

Achinta Sheuli smashed the Games record by lifting a total of 313kg to win the gold medal in the men’s 73kg category.

Sheuli first broke the Games record twice in the Snatch round, lifting 140kg and 143kg. He then lifted 166kg and 170kg in the clean and jerk round to register a Games record for the overall weight.

The Indian Women Lawn bowls team has bagged a historic gold medal at the commonwealth 2022 games – the first ever medal for India in the sport.

India defended their men’s team Table Tennis title with victory over Singapore. India defeated Singapore 3-1 in the final with G Sathiyan, and Harmeet Desai winning their singles and doubles matches in a dominant display from India.

The 27-year-old Sudhir created history in men’s heavyweight para powerlifting by securing 134.5 points. Sudhir lifted 208kg in his first attempt and then went into the lead with his second lift of 212kg.

Notably, Sudhir – an Asian Para Games bronze medallist, has an impairment due to the effects of polio.

Weightlifter Bindyarani Devi won the silver medal in the women’s 55kg event at the Commonwealth Games. Bidyarani Devi managed a total weight of 202kg. The gold medal was won by Nigeria’s Olarinoye who lifted a total of 203kg.

Sanket Mahadev Sargar who featured in the Men’s 55kg category weightlifting lifted a total of 248kg to bring the silver medal home.

Sanket snatched 113kg and clean & jerked 135kg for a total of 248kg in the men’s 55kg weight division and wrote his name into the record books. READ: Who is Sanket Mahadev Sargar?, The Weightlifter to Win a Silver Medal at Commonwealth 2022

Sushila Devi Likmabam, who earlier in the day, had beaten Harriet Bonface in the quarterfinal, notched up a second win by defeating Priscilla Morand of Mauritius in the semis to assure herself a medal.

With a silver medal guaranteed, Sushila was in for a gold finish but came up short against South Africa’s Michaela Whitebooi in the final.

Thakur lifted a total of 346kg (155kg+191kg) to finish second and claim his third CWG medal across three editions.

Indian badminton team added the fifth silver to the table after suffering a defeat against Malaysians. Notably, Only PV Sindhu managed to earn a win in the summit clash against Malaysia in the women’s singles match.

India’s Tulika Maan settled with a Silver medal in CWG 2022 after losing to Scotland’s Sarah Adlington via ippon in the women’s +78kg judo final.

This is India’s third medal in Judo at the CWG 2022. L Shushila Devi and Vijay Kumar had claimed silver and bronze in women’s 48kg and men’s 60kg respectively.

With a best jump of 8.08m, India’s Murali Sreeshankar settled with a silver medal in the CWG 2022 event.

Bahamas’ Laquan Nairn won the gold medal. Nairn also had the best jump of 8.08m but his second best of 7.98m was better than the 7.84m of Sreeshankar. Under rules, if two jumpers are tied on the same distance, the one who has a better second-best effort will be ranked ahead.

Varanasi’s Vijay Kumar Yadav bagged the second Bronze medal for India by defeating Petros Christodoulides of Cyprus by ‘Ippon’ in just 58 seconds at the Commonwealth Games.

Harjinder Kaur added the third bronze medal for team India by lifting a total of 212kg in the women’s 71kg weightlifting on Day 4 of the Commonwealth Games at Birmingham.

Harjinder had failed at her first attempt of 90 kg but came roaring back with her next two attempts – 90kg and 93kg to total 183kg in the Snatch. In the Clean and Jerk, she started with a big lift of 115kg and made it look like a regulation one.

With pressure on, Kaur increased her next lift to 116 kg to clear another attempt and then extended her lead for the third spot with a final lift of 119kg, but Ashworth’s final lift of 123kg pushed the Indian out of medal contention.

But a massive miss by gold medal favorite Joy Ogbonne Eze who failed to register any lifts in clean and jerk meant Kaur claimed bronze.

Weightlifter Lovepreet Singh won a 4th bronze medal for team India by lifting a combined weight of 355kg in the men’s 109kg category.

Lovepreet Singh has set a new National record of 192 kg in clean and jerk. He lifted 161kg in the 2nd attempt and finished at the 2nd spot at the snatch by lifting a weight of 163kg.

Saurav Ghosal wins India’s first ever singles medal in squash at CWG. It was Ghosal’s second CWG medal, having won a mixed doubles silver with Dipika Pallikal in the 2018 Gold Coast edition.

The debutant Gurdeep Singh has lifted a total of 390kg (167kg+223kg) for a podium finish. Pakistan’s Muhammad Nooh Butt won the gold medal for his  Games record-breaking lift of 405kg (173kg+232kg).

While New Zealand’s David Andrew Liti bagged the silver medal for his effort of 394kg (170kg+224kg).

A clean finish as he soars high. Way to go @TejaswinShankar. Every athletic medal that India wins hugely enhances the prospect of more athletics stars & medals in the future. Thank you. 🙏🏽 pic.twitter.com/Fd2vdW5DuY

Who won Gold medals for India in the commonwealth games 2022

Who won Silver medals for India in the commonwealth games 2022

Who won Bronze medals for India in the commonwealth games 2022? 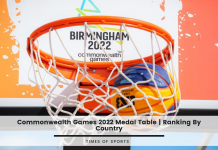 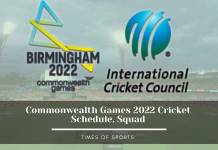 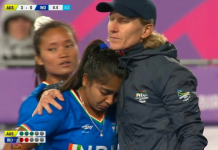