Ravindra Jadeja Biography: The Saurashtra-born all-rounder Jadeja came into the spotlight with his all-round performance in the 2008–09 Ranji Trophy which he finished with 42 wickets and 739 runs.

Ravindra Jadeja made his first-class debut in the 2006–07 Duleep Trophy. Where Jadeja made his IPL debut in 2008 and plays a crucial role in Royals’ victory in the season. Late Shane Warne, the captain of Rajasthan Royals in 2008, remarked to Jadeja as a “superstar in the making” and nicknamed him “Rockstar”. 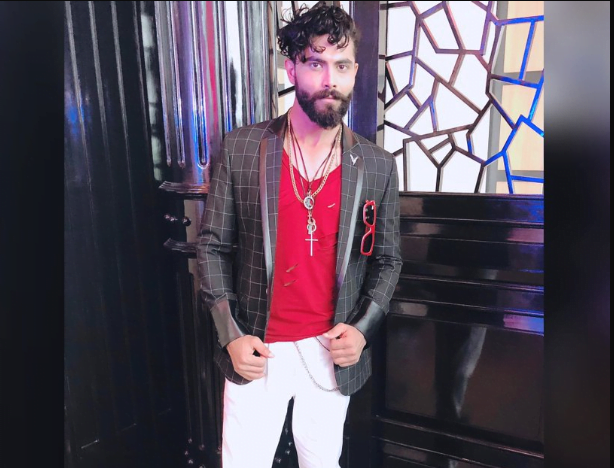 Check out the Ravindra Jadeja Biography which is full of highs and lows with lots of controversial moments and check out the key factor that turned the bowling allrounder an inseparable part of the Indian cricket team.

During the ICC World Cup 2019, while doing commentary Sanjay Manjrekar used ‘bits and pieces’ for Jadeja.

Jadeja didn’t like the word he was mentioned by and felt insulted. Many felt that Manjrekar used this word because Jadeja wasn’t doing well in WC 2019.

After the incident in the very next game, Jadeja got a chance to play in team 11 and he scored 77 runs on 59 balls. After this match Jadeja twitted.

Following India’s victory against New Zealand in the second Twenty-20 International (T20I), Manjrekar took to his official Twitter handle and wrote, “Player of the match should have been a bowler.”

Much to the surprise of the cricket fans, Jadeja himself commented under his tweet, writing, “What is the name of that bowler?? Pls pls mention.”

What is the name of that bowler?? Pls pls mention 🤪

While everyone thought that Manjrekar was talking about Jadeja since the latter was the most economical Indian bowler and also returned with two wickets, Manjrekar cleared the air and said the Man of the Match award could have also been awarded to Jasprit Bumrah.

He replied to Jadeja by saying, “Ha ha…Either you or Bumrah. Bumrah, because he was extremely economical while bowling overs no 3, 10, 18 and 20.”

Ha ha…Either you or Bumrah. Bumrah, because he was extremely economical while bowling overs no 3, 10, 18 and 20. https://t.co/r2Fa4Tdnki

Jadeja and Manjrekar are not known to share a very cordial relationship with each other. It further worsened when Manjrekar called Jadeja a “bits and pieces” player and said he was a not very big fan of the all-rounder.

Though Jadeja did not reply to him personally, he had written on his Twitter timeline, “Still i have played twice the number of matches you have played and i m still playing. Learn to respect ppl who have achieved.i have heard enough of your verbal diarrhoea. @sanjaymanjrekar.”

Still i have played twice the number of matches you have played and i m still playing. Learn to respect ppl who have achieved.i have heard enough of your verbal diarrhoea.@sanjaymanjrekar

After his tweet, Manjrekar told that he used that word because he deserved it but yes I appreciate that he scored very well against New Zealand.

The former cricketer-turned-commentator stated that the term ‘bits and pieces’ is not uncommon and also said that he never felt the need of meeting Jadeja to clarify things. He also recalled the infamous incident with Kieron Pollard in 2017 IPL when he met the West Indies star to clarify his comment.

“No, I don’t think it has happened. With Pollard, it happened because he misunderstood me. there was no misunderstanding here, I have said it exactly what Jadeja heard so there is no question of trying to….,” Manjrekar told.

“The thing is I gave an interview to a random news channel and that line got picked up. Player was upset. Bits and pieces was something lot of people used. When I say it was a terrible year for me, I gave that comment and very next day Jadeja, in that semi-final, played an absolute blinder of an innings. The kind of innings we have never seen from him,” Manjrekar added.

This all happened during the ICC World Cup T20 2014 when their respective teams lost in the finals of the tournament.

In their official Twitter account, KKR shared a photo of Australia’s aggressive field setting for James Anderson during the final moments of the drawn 4th Ashes Test in Sydney, recalling Gambhir’s field placement for MS Dhoni during their match against the now-defunct Rising Pune Supergiant from the past.

The troll incident dates back to the IPL 2016 season when the then Rising Pune Supergiant’s player MS Dhoni struggles to make an impressive performance with the bat.

CSK all-rounder Ravindra Jadeja responded to the post, saying “it wasn’t a masterstroke but just a show-off” from the former champions.