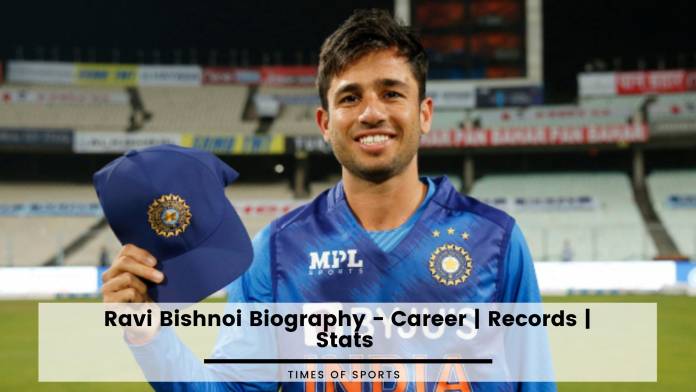 Ravi Bishnoi Biography: Ravi Bishnoi travelled a journey from working as a mason to build a cricket academy to becoming the highest wicket-taker of the ICC U19 World Cup 2022 tournament. Notably, Ravi’s 17 wickets in the tournament is the most by an Indian player in the history of the tournament.

Ravi Bishnoi gained attention during the BCCI Vinoo Mankad Trophy 2019 where he represented Rajasthan and took 17 wickets in 7 matches. Notably, he was the highest wicket-taker in the tournament.

This performance helped him secure a spot in the U19 Cricket World cup 2020. Check Ravi Bishnoi’s biography and Ravi Bishnoi’s hard journey to cricket with stats, family, IPL, bowling figures and more.