Ahead of the final, American pop star Katy Perry visited the iconic Melbourne Cricket Ground (MCG), where she will be performing live before and after the summit clash between the two sides. During her interaction with the Indian women’s cricket team, Katy Perry was curious to know about the composition of the Indian team that will take the field tomorrow. While Veda Krishnamurthy said that the rules don’t allow them to reveal the playing XI before the toss, it was Jemimah Rodrigues’ reply that left everyone in splits. Replying to Katy Perry’s query, Jemimah Rodrigues asked the singer to call her and she will reveal the XI.

“You can call me tomorrow, I can tell you,” Jemimah said.

“Not even @katyperry is allowed to know the India team for tomorrow,” the video was captioned.

Not even @katyperry is allowed to know the India team for tomorrow 😂 #T20WorldCup | #FILLTHEMCG pic.twitter.com/b3RQyJG5Wz

In the on-going women’s T20I world cup Indian women’s made their slot in finals after semi finals against England has abandoned due to rain. India who crowned the top position in the women’s T20I world cup points table of group A is set to face second positioned team England from group B. But the rain abandoned the semi-final match and favors India by leading them to finals.

In an another semi-final Australia women’s qualified for finals after beating South Africa women’s by DLS method.

Previous clash between these two 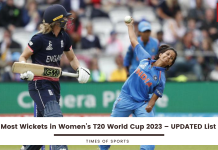 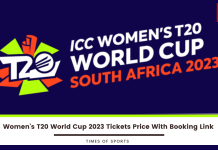 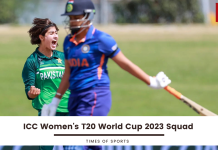