The tournament is run by the England and Wales Cricket Board (ECB) and start from August 2022. Check here for latest the hundred schedule.

The ECB also launches a new drafting format for the Hundred tournament which is set to be in common for both Men and Women drafting. Check the details by clicking the link above.

As of other league matches the Hundred tournament too follows the points table system to play the playoffs and final matches.

The hundred Points Table for the 2022 Season will be updated once after every match ends. The second edition of England’s 100 ball cricket match is scheduled to kick start from August 3, 2022 with finals on September 3.

The Hundred cricket rules are a bit different from the regular limited over cricket rules. England introduced the game with simple rules but new to the cricket era. Many cricket experts feel that this would bring a storm in the cricket world due to its simplified rules version.

Following are the set of rules that will be followed in the inaugural edition of the Hundred cricket tournament. 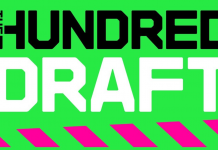 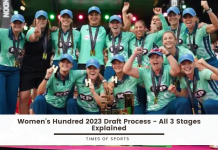