South Africa’s wicketkeeper-batsman Quinton de Kock and New Zealand opener Devon Conway gave the maiden edition of The Hundred tournament some respite after they signed up for Southern Brave as replacements for Australians David Warner and Marcus Stoinis, who had pulled out due to bio-bubble life.

Quinton de Kock and Devon Conway roped in The Hundred

“I’m really excited to have joined Southern Brave,” Conway said. “I have really enjoyed my time playing in the UK so far, and I’m looking forward to getting stuck in with the team and taking part in the first season of the Hundred.”

De Kock, a dynamic wicketkeeper-batsman, has long been a multi-format star of the world game and will be reunited with coach Mahela Jayawardene, having worked with the Sri Lanka great at Mumbai Indians in the Indian Premier League.

“I’m also really excited to be working with Mahela again,” he said. “Hopefully we can have plenty of fans in to support us and we can give them something to cheer about.”

The Hundred is a pioneering 100 balls-per-side tournament, which is even shorter than a T20 match, featuring eight franchises, all fielding men’s and women’s teams.

The Hundred runs for a month and starts on July 21. While Conway is expected to be available throughout, de Kock is likely to miss at least the opening fixture due to South Africa’s T20I series in Ireland.

Andre Russell, the men’s team’s third overseas player, is set to miss a handful of games while on international duty and the Brave are looking for a short-term replacement.

However, due to Covid-19 and the bio-bubble life as a result of it, some top players have pulled out.

Apart from Warner — bought for 100,000 pounds — and Stoinis – for 80,000 pounds — South Africa pace bowler Kagiso Rabada is also expected to pull out of the event.

New Zealand woman cricketer Sophie Devine, too, has also pulled out of the tournament.

While there are no Indians in the men’s tournament, four Indian women — Harmanpreet Kaur, Smriti Mandhana, Jemimah Rodrigues, and Deepti Sharma — have signed for the tournament.

Also read: The Hundred Cricket Squad 2021: Both Men and Women 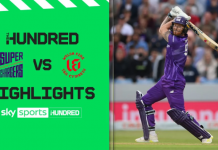 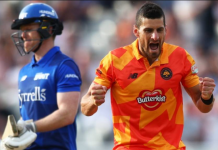