What is the future of the ICC World Test Championship (WTC) in the current coronavirus pandemic?

“No decisions have been taken as yet, the WTC will be discussed at the Board meetings this week,” an International Cricket Council (ICC) spokesperson communicated to The IE.

The ICC Chief Executives’ Committee meeting is scheduled for Monday followed by Board meetings on Wednesday and Thursday.

As per the original schedule, each team in the ongoing World Test Championship cycle was to play six series, with the top two teams qualifying for the final, slated for June next year. Each series is allotted 120 points, regardless of the number of Tests contested.

But in a pool of nine, not all teams have played the same number of series. As of now, only India are likely to complete their quota of six series. In a Covid-hindered season, and with the late March to May window reserved for the Indian Premier League (IPL), the ICC has a job at hand to work out a solution.

India sits atop the table and their next assignment is a four-Test series in Australia, starting on December 17. Men in Blue had three series wins to their credit before they lost 0-2 in New Zealand earlier this year. 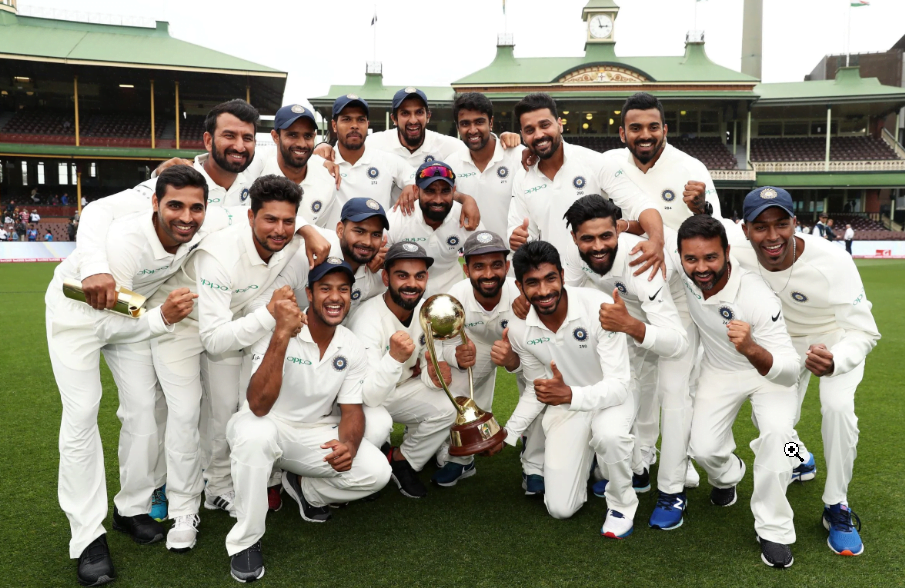 In terms of percentage of points (PCT) won out of the total number of points contested, India’s tally is 0.750 at the moment. Their runs per wicket ratio (RPW), too, is better than the others, 2.011.

India’s tour Down Under will be followed by a five-match home series against England in February-March. India’s advantage is that the Covid-forced break didn’t hamper their WTC fixtures and they are set to fulfill their quota of six series. A series win in Australia will effectively take them to the WTC final.

The pandemic forced the cancellation of Australia’s two-Test series in Bangladesh in June this year. Australia, at the moment at No. 2, trail India by 64 points and a clean sweep or a 3-0 series win in the Border-Gavaskar Trophy will see them reach the top of the table.

Australia’s PCT at the moment is 0.822, while their RPW is 1.604. Their next assignment is a three-Test series in South Africa early next year.

It is learnt that the England and Wales Cricket Board (ECB) is trying to reschedule their postponed series against Sri Lanka – the two-match rubber in March that was cancelled without a ball being bowled.

Without the rescheduling though, England’s top-two fate, to an extent, will depend on how Australia fare against India over the next two months. If Australia surpasses India in the points table, England might have to win at least by a 3-0 margin in India to get into the top two. England’s PCT and RPW at the moment are 0.608 and 1.223 respectively.

New Zealand’s tour of Bangladesh for a two-Test series in August-September was postponed due to the pandemic. According to an ICC functionary, in case of rescheduling, every cancelled/postponed series has to be rescheduled, which could be pretty difficult under the current situation.

It is learnt that the global body might consider splitting points as an option for the cancelled/postponed series. New Zealand’s next two assignments are home series of two Tests each against West Indies and Pakistan in the Southern summer.

So the Kiwis still have 240 points to play for and clean sweeps will see them move significantly up the ladder. New Zealand’s PCT and RPW at the moment are 0.500 and 0.883 respectively.

Pakistan could play only one home Test against Bangladesh, as the second one in Karachi in April was cancelled without a ball being bowled. They are scheduled to tour New Zealand for a two-Test series before hosting South Africa for another two-Test series.

Pakistan, too, may need clean sweeps in their next two series to become top-two contenders. Shaheens so far have won only one series out of four and their PCT and RPW at the moment are 0.395 and 0.853 respectively.

Sri Lanka missed out on home Test series against England (two Tests) and Bangladesh (3). They are scheduled to tour South Africa in a month for a two-Test series followed by two more Tests in the West Indies. The Lankans are yet to secure a series win.

West Indies’ two-Test series against South Africa in July-August was cancelled. They, too, are yet to win a series. Their next three assignments are two Tests in New Zealand, three in Bangladesh and two more Tests at home against Sri Lanka.

The Proteas are set to play three-Test series in the next few months. One of them is a three-match affair against Australia. Before that, they will host Sri Lanka for two Tests and are scheduled to play a two-match away series against Pakistan. The Saffers haven’t won a series yet.