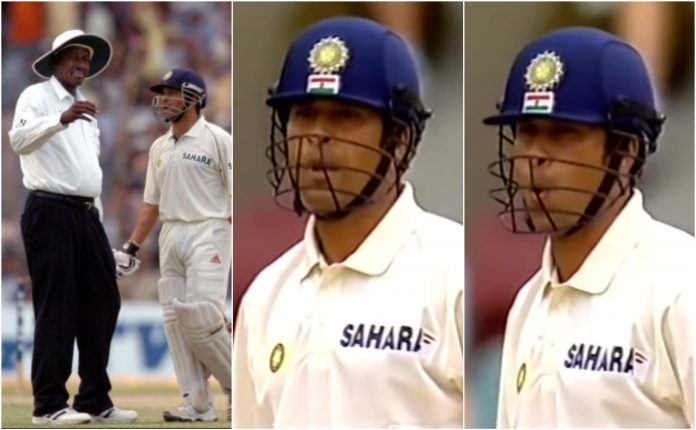 Former umpire, Steve Bucknor is one of the most significant Umpires, directed in the game. The Caribbean umpire engaged with numerous contentions during his vocation time and particularly his off-base decision against previous Indian right-handed batsman Sachin Tendulkar.

One was the LBW decision which he announced as out in a match in Gabba in 2003 against Sachin Tendulkar. It was a very much uplifted delivery from Jason Gillespie, however, the umpire gave out on that event. Another was in 2005, where Tendulkar was given out of Adbul Razzaq’s conveyance without edging the ball to wicket-keeper.

Steve Bucknor conceded that the two were the bumbles from him and said it was because of his mistake that occurs on certain events. “Tendulkar was given out on two different occasions when those were mistakes. I do not think any umpire would want to do the wrong thing. It lives with him and his future could be jeopardized,” Bucknor said on a radio program.

“To err is human. Once in Australia, I gave him out leg before wicket and the ball was going over the top. Another time, in India it was caught behind. The ball deviated after passing the bat but there was no touch. But the match was at Eden Gardens and when you are at the Eden and India is batting, you hear nothing. Because 100,000 spectators are making noise. Those were the mistakes and I was unhappy. I am saying a human is going to make mistakes and accepting mistakes are part of life,” he added.

Tendulkar was given out by Steve Bucknor In 2005 Against Pakistan

WATCH: Top 10 Most Controversial Umpiring Decisions in Cricket History Including Sachin’s Run Out Against Pakistan