The out break of COVID-19 has made a huge impact on our day to day life. In order to control the spread many governments imposed a total lock down globally. Many scheduled events has been postponed due to this deadly corona virus.

The most awaited 13th edition of cash rich Indian Premier League too face the same fate. The tournament has been planned to start from March 29, due to the COVID fear BCCI postponed the IPL 2020 to the mid of April. As the Indian government extend the lock down the execution of IPL gets in oscillation.

The 13th edition of the Indian Premier League (IPL) was all set to be a trial ground for former Indian skipper MS Dhoni. Although some felt he was well past his prime, head coach Ravi Shastri had pointed out that the IPL will decide whether Dhoni deserved a spot in the Indian team for the year-end’s 2020 T20 World Cup.

Dhoni, who last played for India during the ICC Cricket World Cup 2019, missed the West Indies tour (and all subsequent series) last year due to his training for the parachute regiment of the Indian Army in Kashmir valley.

Dhoni was subsequently in the news in January when his name wasn’t to be found in the list of annually contracted Indian players. It was widely anticipated that a stellar IPL season might open doors for Dhoni’s international comeback keeping eyes on the ICC T20 World Cup 2020.

Laxman said that Dhoni has a couple of IPLs left in him. “Not only this IPL, but he (Dhoni) will also probably play in the next couple of IPLs, and then we will take a call about his future as a cricketer,” Laxman said Star Sports show Cricket Connected.

Laxman also said, “I think, playing for CSK will keep him going because he’s supremely fit and age is just a number, and especially when someone like MS Dhoni is not only physically fit, but mentally very astute as a captain as a leader he enjoys leading the CSK franchise”.

“Dhoni will be very clear, as far as his plans are concerned, I’m sure he must have communicated that with (captain) Virat Kohli, (coach) Ravi Shastri immediately after the 2019 World Cup in England,” said Laxman.

“The new selection committee will have to sit down with MS Dhoni and understand his future, as far as Indian cricket is concerned. But MS Dhoni will continue to play for CSK and do well for CSK,” said Laxman. 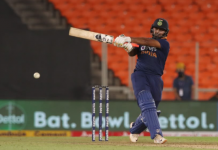