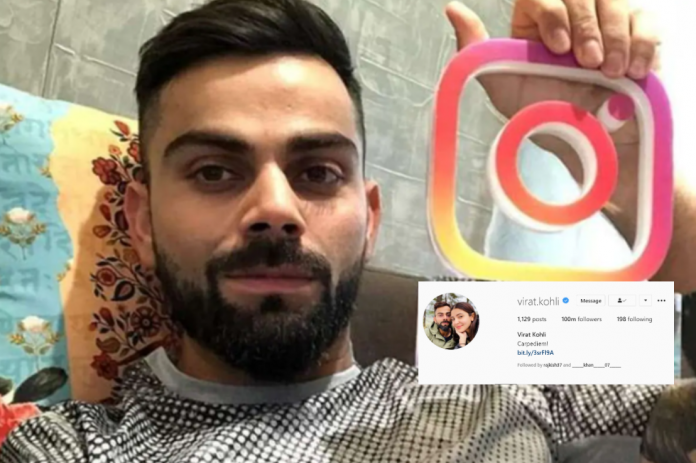 Indian skipper Virat Kohli has achieved the milestone of becoming the first Indian celebrity to have 100 million followers on Instagram.

The 32-year-old Kohli is also the first person in the Asia-Pacific region to achieve the feat. As the Indian batsmen hit the new milestone, ICC greeted Kohli with a special post.

Portugal football star Cristiano Ronaldo tops the chart with 265 million followers, ahead of Argentina football captain and FC Barcelona legend Lionel Messi and Brazil’s Neymar, who are second and third in the list with 186 million and 147 million followers respectively.

Kohli has gone past Priyanka Chopra, Ranveer Singh, and Deepika Padukone to take the top spot. Speaking of cricketers, Virat Kohli has more than three times the followers of second-placed MS Dhoni (30.4 million).

When Virat has 94.6 million followers on Instagram he is paid around Rs 1.35 crore fees for sharing sponsored posts.

Just how much money you can make on Instagram depends on the influencer, their level of commitment, and the uniqueness of their Instagram content and audience.

While some brands pay anything from $5 to $10 per thousand followers, others offer $100 for every 100 followers you have. According to USA Today, an influencer with 10,000 to 50,000 active fans can make a few thousand per post. Instagram influencers with up to 1 million followers can see $10,000 per post. Have over 1 million followers? You could charge $100,000 or more.