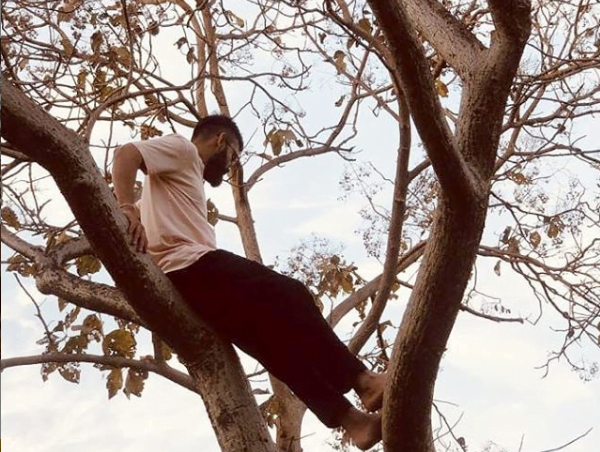 One of the fittest and greatest batsman of the current era Virat Kohli shares a photo of him sitting over a branch of a tree. The Indian skipper Virat Kohli performs actively in social media during the COVID-19 quarantine period.

With a huge fan following in Instagram Kohli’s post has gone viral and one of his teammate Mohammed Shami made a quick reply for Kohli’s post.

Earlier Virat Kohli took the same social media platform to share his favorite workout which he would choose to do everyday.

The right-handed batsman shared a 26-second long video with a caption,” If I had to make a choice of one exercise to do every day, this would be it. Love the power snatch.”

If I had to make a choice of one exercise to do everyday, this would be it. Love the power snatch 💪😃

India has not played any international cricket since March, their last series against South Africa was called-off due to the COVID-19 outbreak.

Kohli will return to action after a gap of more than six months when he will lead Royal Challengers Bangalore in the 2020 edition of the Indian Premier League (IPL), which is set to take place in the United Arab Emirates (UAE) in September.