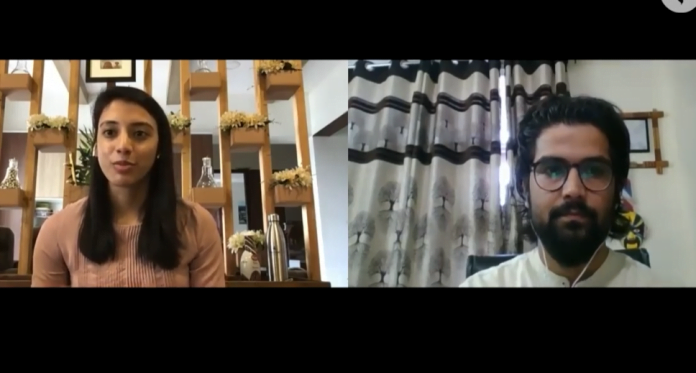 Indian women’s cricket team’s swashbuckling opener Smriti Mandhana prefers to stay away from any sort of comparisons but when it comes to some interesting similarities with Indian skipper Virat Kohli, she aspires to become as big a match-winner as Kohli is.

Both the cricket stars wear jersey number 18 and have a wrong-footed bowling action.

On being asked about the same during an exclusive interview, Smriti said, “I am happy being Smriti Mandhana of women’s team but the kind of batting he does and the way he(Virat Kohli) wins matches for India, It’s very inspirational. I would try and take the way he finishes the games. I would love to do that for India. It’s unrealistic to have the kind of consistency he has.”

24-year-old Mandhana, who has reached several cricketing milestones in six years of her international career, shared insights about her journey. She said, “As a kid, I used to go and play with my brother (Shravan Mandhana). I used to copy him and bat with him. That’s how it all began. I chose cricket as my career when I was 15 or 16 when I scored a century for Maharashtra. More than my dream it was my family’s dream that I play for India and they always supported me.” 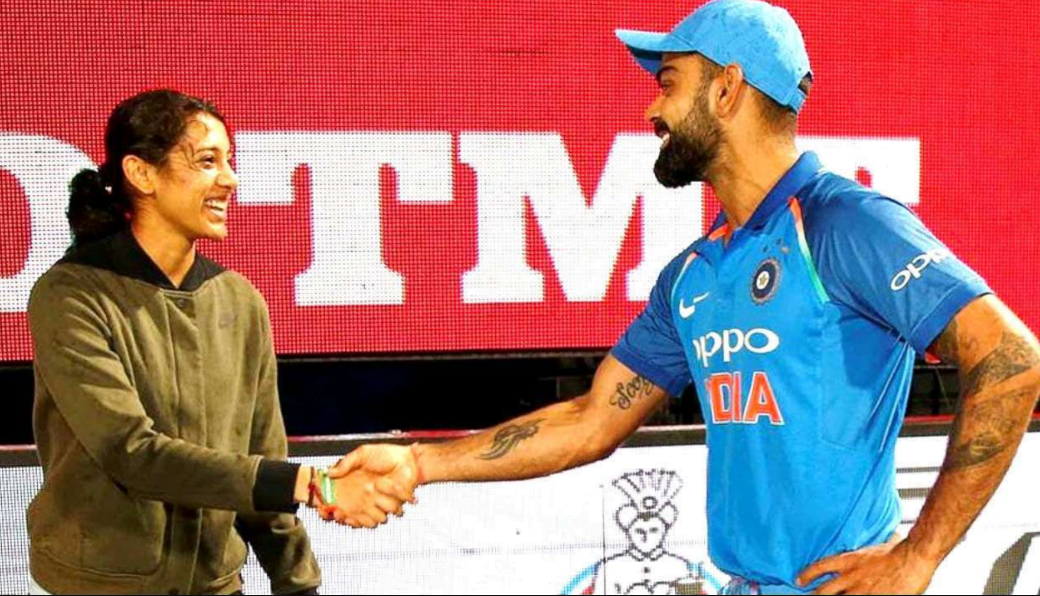 With the women’s T20 Challenge approaching, Mandhana said she is excited for the return of live cricket and is looking forward to traveling to UAE, the venue of the tournament, and be a part of it.

Talking about the four-month time at home during the pandemic, the opener said, “This is the first time in several years that I happened to stay at home for that long. The first month was a bit tough since I didn’t have the habit of staying at home.

But gradually adjusted by working out at home with the equipment available. In the last month I have started batting. It was tough but also special that I got to spend time with my family. Playing cards trying to be around them.

“I am not too much into Netflix and Amazon because spending quality time with family is more valuable. Just being around them and trying to read some books. I also cook on some odd days and I’m cycling too. However, following the news has been pretty painful. So many heartbreaking stories. Once I read them it takes me 15 minutes to absorb it and I can’t read anything further.”