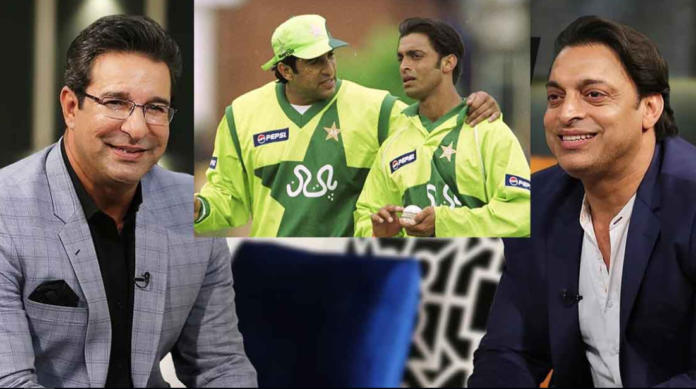 Former Pakistan speedster Shoaib Akhtar spoke about the match-fixing era in the squad and how he would not have listened to Wasim Akram if he had approach him regarding the same. Earlier Shoaib Akhtar has named Indian legend Sachin Tendulkar as one of the “greatest batsman of all time”.

“I was watching few matches of the 1990s and I was amazed to see how Wasim Akram got Pakistan through impossible situations with his brilliant bowling,” Cricket Pakistan quoted the Rawalpindi Express as saying during a television show.

“I will say it very clearly that if Wasim Akram had asked me to do match-fixing, I would have destroyed him or even kill him. But he never said such a thing to me,” he added.

Akhtar went on to clarify that he was never approached by Akram or any other person with such proposals. The Rawalpindi Express has represented his country in 46 Tests and 163 ODIs and feels that Akram’s brilliant bowling rescued Pakistan through many tough situations.

“I played with him for seven to eight years and I can quote many instances where he gave me cover by taking the responsibility of picking up the top-order wickets while leaving the tail-enders for me,” said the 44-year-old.

“He even let me bowl from my preferred bowling even though he had a lot more wickets that I did,” he added.

“After watching these old matches, I called him and apologised to for not truly appreciating his greatness while playing with him,” Shoaib Akhtar concluded.

This is not the first instance when the bowler has voiced his opinion against the corruption allegations looming Pakistan cricket.

In an interview last year, Akhtar had said, “I was always of the belief that I can never cheat Pakistan, no match-fixing but I was surrounded by match-fixers. I was playing against 21 people (sic) — 11 theirs and 10 ours. Who knows who was the match-fixer.”