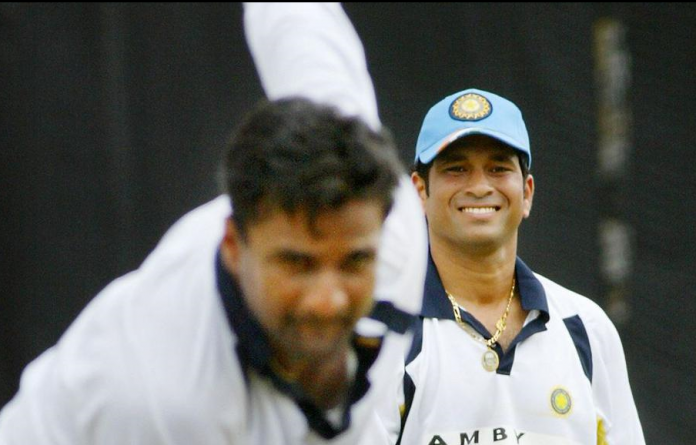 Former cricketer Hemang Badani said that batting incredible Sachin Tendulkar had once requested that he trade former fast bowler Javagal Srinath‘s pants with Tendukar’s simply so the last can chuckle and unwind before a match. In front of an ODI match in 2002 against England in Cuttack, Badani said that Srinath was being uncharacteristically nervous and Tendulkar chose to pull a trick on him to ease his mind-set.

“To just try and lighten the mood and to make sure that Srinath got back to normalcy, during practice before the game when the match hadn’t started yet, he asked me to switch trousers. He said, ‘Take my trousers, put them in Srinath’s bag, and pull out his trousers and keep it away wherever you can, be it in your bag, be it in my bag. Just take it away’.”

🎥1️⃣ from #StorieswithHemangBadani – The story of how Sachin weaved a magical plan even before the start of a game to ensure Javagal Srinath had a very memorable outing. It also includes the story how I pretended nothing happened 😁🙂 #Cricket #Sachin #TeamIndia #Srinath pic.twitter.com/Coc7COrpI1

Srinath didn’t even notice that he was wearing shorter trousers. “Srinath doesn’t even care. He finishes his practice, gets back to the dressing room, puts his trousers on, gets on the field, bowls the first ball, and people are laughing on the field. The Indian side is laughing on the field, and little does he realise what’s happened,” said Badani.

“Then someone points at his trousers and said, ‘Sri, look at your trousers, they’re so short!’ That’s when he realises that something is on, and something is wrong. Actually, what has happened after that is, because of this banter and lighter moment, he gets back to being normal and bowls a brilliant spell.

“But he had to come off the field after the first over, he changed his trousers, he asked me, ‘What the hell is happening, kisne kia [who did it]’ and all that. I said I have no clue. I innocently put my hands up and said, ‘I don’t know, Sri, what you’re talking about. I don’t know what’s happening!’ And [he] eventually changed his trousers, went back in, and he bowled a brilliant spell.”

Srinath took one wicket and gave 41 runs in the 9 overs that he bowled, thus ending up with the second-best economy rate in the attack in that match behind Harbhajan Singh. India, however, went on to lose the match by 16 runs.