BCCI includes a new test for the BCCI contracted players apart from the YO-YO test. Owing to the “growing physical demands of international cricket”, the Indian cricket board has introduced mandatory 2-km time trials to measure speed and endurance levels in its training program for top players.

It will now be mandatory for the BCCI’s contracted players and those vying for a place in the Indian team to clear this trial, apart from the yo-yo test, to be picked in the squad.

“The Board felt that the current fitness standard played a huge role in getting our fitness to the next level. It is important to take our fitness level to another level now. The time trial exercise will help us to compete even better. The Board will keep updating the standards every year,” a BCCI official told.

According to the new norm, the benchmark for fast bowlers is 8 minutes and 15 seconds. For batsmen, wicket-keepers, and spinners, the standard will be 8 minutes and 30 seconds. The minimum yo-yo level for all remains at 17.1.

To place the new norm in perspective, elite athletes are expected to complete 2 km in around 6 minutes, and amateurs in 15 minutes.

The contracted players were informed about the new mark, which has been approved by BCCI president Sourav Ganguly and secretary Jay Shah, in Australia. They were told that the Board has created three windows to carry out the test this year: February, June, and August/September.

For now, the Board has made an exemption for those who were part of the Test series in Australia. However, those who are in contention for the white-ball series against England will have to undergo this test. It will also be a key criterion in selection for the T20 World Cup, which will be held later this year.

The test — the criteria will be updated later — will be held in the presence of a strength and conditioning member from the BCCI or National Cricket Academy.

Former India team trainer Ramji Srinivasan says a time trial is better than the yo-yo and “most effective” test. “It is more functional towards cricket. This will test speed, threshold zones, how you plan your running pace. And you can’t cheat as this is time-based,” he said.

The BCCI had introduced the yo-yo test a few years ago, and it became a key parameter for selection to the national team. Players like Ambati Rayudu, Kedar Jadhav, and Sanju Samson had failed the test before, which resulted in them being excluded from the squad.

In the yo-yo test, two cones are placed 20 metres apart, and the athlete has to run between them when the beep goes off. The beeps become more frequent after one minute, and if the athlete fails to reach the line within that time, he is expected to catch up within two more beeps. The test is stopped if the player fails to catch up before the beeps run out. 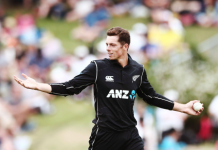 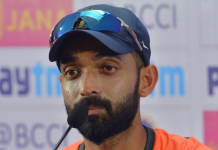