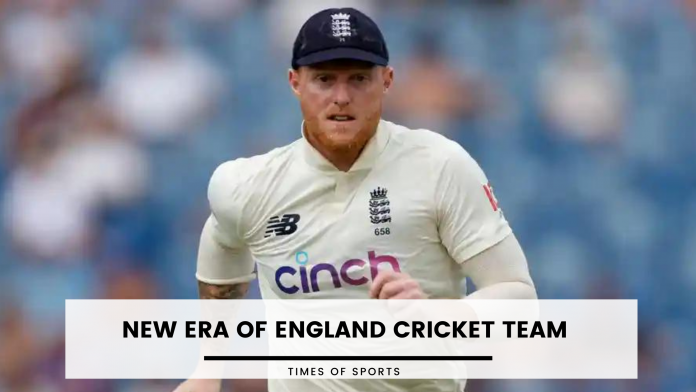 The clock is counting down to the first Test between England and New Zealand. June 2 sees the start of a new era in English cricket with a new captain, head coach and managing director now in place. Can England dig themselves out of the doldrums?

England find themselves sixth in the latest ICC test rankings. Their rating is only 88, compared to third placed and current World Test champions New Zealand. It’s the lowest England have been in the test rankings in 27 years when new captain Ben Stokes was just three.

They only have one point less than New Zealand but don’t let that get your hopes up. England’s total comes from six tests more than the Kiwis. With no wins in nine Tests and just one in the last 17, it’s no surprise that their new head coach says England are “rock bottom.”

Brendon McCullum is the new guy in charge. It’s just fate that his first series will be against his own country, New Zealand. He can’t do too much now though as he’s managing the Kolkata Knight Riders in the IPL.

McCullum is known for his big-hitting innings for New Zealand. He had previously been approached to be the white-ball coach, but McCullum has also played 101 Test matches.

The new coach has a lot in common with the new captain. McCullum holds the record for the quickest Test match century. That’s a record Stokes (also born in New Zealand) wouldn’t mind having himself.

If wanting to bet on cricket, a wide range of betting odds, markets and promotions can be seen at the bet365 online sportsbook.  A welcome offer is available for new members if using the bet365 promo code. Sportytrader have plenty of information about how this can be used when registering with them.

We can expect England to be more positive in the future. McCullum wants to see England play “with a bit of freedom and put pressure back on the opposition.”  That’s all good and well but he must accept there are times when battling for runs is better than behaving like it’s a one-day game. Sometimes you feel England forget how long a test match can last.

When Joe Root resigned as captain, there weren’t too many choices for his replacement. Ben Stokes is now in charge and of course he has his critics. You can just imagine the kind of team talk he’ll give before a match. No player is likely to go onto the field not feeling motivated to do their best.

Stuart Broad and James Anderson have been recalled for the series. In the squad for the first time are Harry Brook and Matty Potts.

Harry Brook and Durham fast bowler Matty Potts, both 23, receive maiden call-ups. New managing director Rob Key described the Test squad as one that is “exciting” with “a blend of youth and experience” as England try to win their first series against the Kiwis in nine years.

England need to get off to a good start in this new era, hopefully that’s just what will happen in June and the later Tests against India and South Africa.