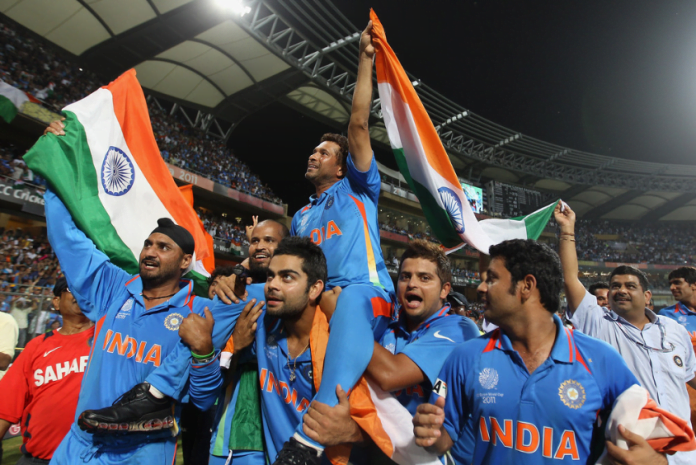 The 2011 World Cup win will consistently be unique and it was made considerably progressively glad after the group lifted Sachin Tendulkar on their shoulder doing a triumph lap.

Indian captain Virat Kohli has now uncovered why the group chose to lift the incredible cricketer on their shoulders. On April 2, 2011, India vanquished Sri Lanka by six wickets at Wankhede Stadium in the finals to lift their second ODI World Cup. After the success, the entire group had conveyed Sachin on their shoulder in a lap of respect.

The right-handed batsman was addressing Indian cricketer Mayank Agarwal in the Latest Episode of the ‘Open nets with Mayank’ when the captain was gotten some information about the ‘lap of respect’ given to Sachin.

“Firstly my feeling was of gratitude that we had won the World Cup. I felt absolute joy. But invariably everyone`s feeling was centered around `Paaji` (Sachin Tendulkar) because we knew this was his last chance to win the World Cup and whatever he had done for the country for so many years, n number of games he has contributed to India`s winning cause and given us all motivation and inspiration,” said Indian skipper during the candid chat with Mayank.

“This was that gift from all of those people for him because he kept giving, giving, giving for India and I thought what better way at his home ground to realise his dream and then he gets a lap of honour. So, we felt like this is the ideal thing to do for him, and we went ahead and did it,” he added.

Kohli and Mayank would soon be seen in action for Royal Challengers Bangalore (RCB) and Kings XI Punjab (KXIP) respectively in the Indian Premier League (IPL) starting from September 19 with finals on November 8 hosted by Emirates Cricket Board (ECB).