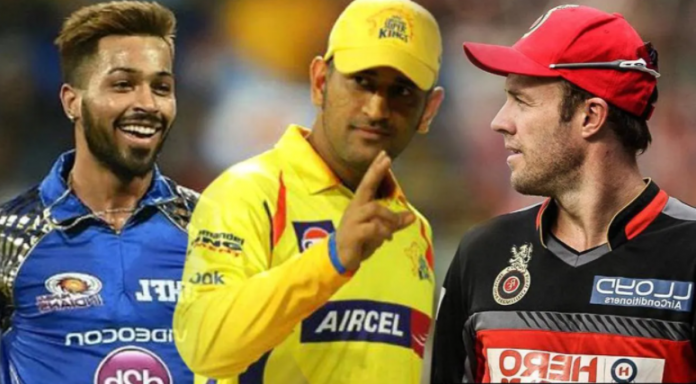 Mumbai Indians all-rounder Hardik Pandya trolls MS Dhoni on Twitter for getting out in ‘Gully Cricket’ by gully rules. Where Royal Challengers Bangalore’s Ab de Villiers remains him not to mess with “THALA”.

He posted a 20-second video featuring MS Dhoni for Dream11’s latest campaign, where MSD is playing gully cricket with youngsters and hits a brilliant four; but gets out, as the ball directly hits a scooter.

And by gully cricket rules, a direct shot on the scooter is declared out. Pandya took to Twitter and jokingly wrote to MS Dhoni.

AB de Villiers Warns Not to Mess with MSD

ABD shared another 20-second video featuring Pandya where he hits a six, but in turn loses the ball in a gully cricket match, and is asked to spare 20 Rs. for the lost ball. AB de Villiers posted:

Hardik Pandya made his ODI debut under MS Dhoni captaincy. Hardik Pandya is all set to make a comeback post his lengthy injury layoff. Pandya’s form will be crucial for defending champions MI.

All eyes will be set on the screen, as retired Indian skipper, MSD, will be seen in action after a long break. Whereas, AB de Villiers will look forward to helping RCB with the ball to win their first IPL trophy since the league’s inception in tough weather conditions.

Hardik Pandya along with his brother Krunal and wife Pankhuri took a chartered flight to Ranchi to be with the ace player on his special day.

As reported in Mumbai Mirror, the Pandyas boarded a chartered flight from Vadodara and landed at Ranchi at around 5 pm. The trio then directly left for Dhoni’s farmhouse to celebrate the day.