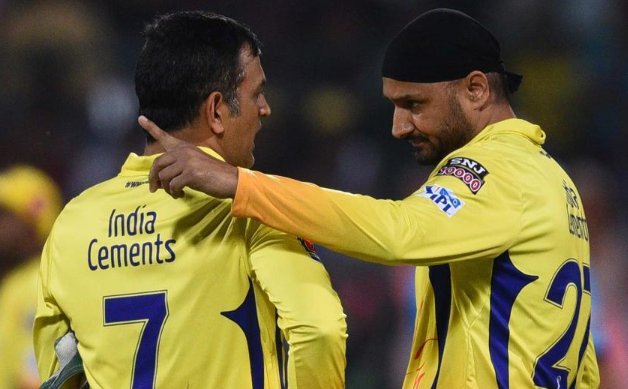 Indian cricketer Harbhajan Singh reveals the different facet of MS Dhoni as he played under his captaincy in both International matches as well as IPL matches. MS Dhoni who led CSK since 2008 won the IPL trophy for 3 times and holds second highest IPL trophy winners next to Mumbai Indians.

MS Dhoni is regarded as one of the greatest batsman in cricket history bags numerous number of records under his name. Dhoni is the only captain to win all the three ICC tournaments as captain(ICC World Cup 2011,  ICC Champions Trophy 2013 and World T20 trophy 2007).

“Yes, he has nudged me at times – from behind the stumps or at change of overs – saying, this guy is trying to do this or will try this. But he never tells me what to do,” he added.

Recalling a match during IPL when pacer Shardul Thakur was being taken to the cleaners, Harbhajan said he approached Dhoni to speak with the youngster and ask him to change tactics.

“Once Shardul Thakur was bowling in Pune. He was getting hit every ball. First ball four, second ball six. I went to Dhoni and told him, ‘Why don’t you tell him [Thakur] to change the angle or push a fielder back?’,” Harbhajan said.

“As if he had all the time in the world, Dhoni said to me, ‘Bhajju pa, if I tell him anything now, he will get confused. Khaane do.’ [Let him get hit.] He knew we could afford to get hit because we had already qualified for the playoffs.”

“He [Dhoni] said, ‘When he [Thakur] feels there is no option left, then I can tell him he could try doing this.’ So Dhoni will not tell you until you realise you are short of ideas,” the 39-year-old said.