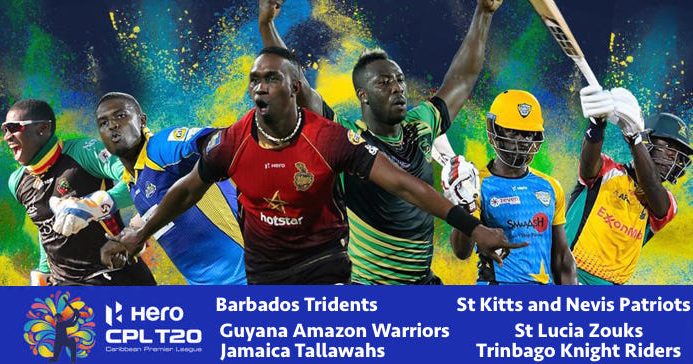 West Indies became the first international side to go on a tour to England amid the pandemic, the Caribbean Premier League is all set to become the first big T20 league to start and it is going to take place in Trinidad & Tobago, starting August 18.

This would come as a great piece of news for cricket fans, who have missed cricket for over three months as all major tournaments were postponed or suspended due to the pandemic.

Strict quarantine protocols would be in place to ensure the safety of the player and as the entire league will be held at one single venue, the travelling would be minimized. The players would be tested before departure and after arrival in Trinidad & Tobago.

“All teams and officials will be housed in one hotel and everyone will be subject to strict quarantine protocols for the first two weeks they are in the country. Everyone travelling from overseas will be tested for COVID-19, before departure and then again on arrival in Trinidad.

“Teams and officials will be put into “households” where social distancing will need to be in place. There will be smaller clusters within each household where these measures can be relaxed. However, if any member of this cluster display signs of COVID-19 at any time during the tournament all members of that cluster will be expected to self-isolate for a period of 14 days from the time that a member of that group first shows symptoms,” said a statement from CPL.