KL Rahul, much like other cricketers in the country, is spending time at home and going by his latest Instagram post, the wicketkeeper-batsman is finding it hard to handle the nationwide lockdown.

KL Rahul Hairstyle – KL Rahul took to Instagram to flaunt his new hairstyle and he caught the attention of two young Bollywood actresses. “Mind gone, hair gone,” Rahul captioned the image. Akansha Ranjan Kapoor, who made her debut with ‘Guilty’, a Netflix movie and Anushka Ranjan, who has done several movies, both reacted to KL Rahul’s new hairdo. 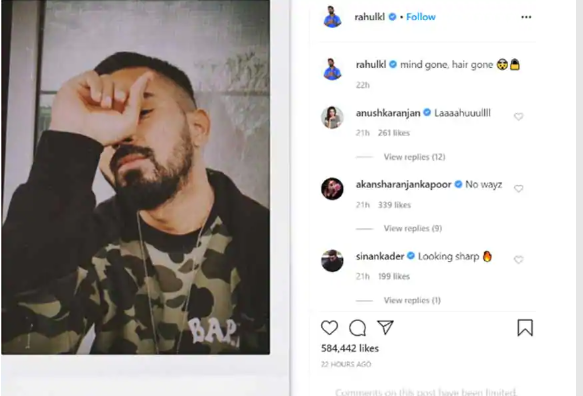 Rahul showed his glorious form in the last New Zealand ODI matches consist of three matches by scoring 202 runs in total with an average of 102 that includes a century and a half-century. KL Rahul list number of Individual records after his 4th Hundred in New Zealand vs India 3rd ODI.