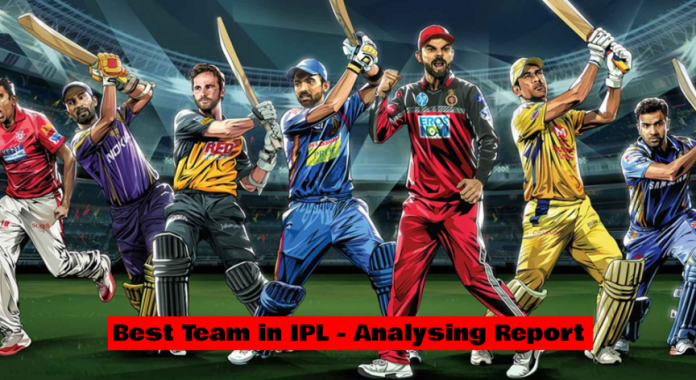 Following its massive response from fans, BCCI continues to hosts the famous T20 league without skipping any season. Though in a pandemic situation BCCI hosts the IPL 2020 in UAE and decides to stage the second phase of the IPL 2021 season also in the United Arab Emirates.

Though cricketers play the league with great sportsmanship, the controversy for Which is the best team in IPL history always remains in heat.

One of the major reasons for this banter among the fans is due to their favorite players from all around the world get featured in the various teams of the cash-rich league.

Though fans celebrate their favorite player’s team as the best, the cricket experts judge the best team in IPL by analyzing each team based on their performance, winning percentage, and considering many other factors including the fair play points. Here take a look at the winning percentage of each IPL team since 2008:

Following are the details of the IPL team’s winning percentage based on their total played matches sofar.

The two teams have a close difference of just 2.04 percent in the winning percentage race. Generally, CSK and MI matches have huge expectations on considering other matches in IPL. That too particularly CSK and MI finals always will have a special slot in the IPL as of India vs Pakistan matches.

The two teams faced each other for the first time on 23 April 2008 at the M. A. Chinnaswamy Stadium in Chennai. CSK won a high-scoring thriller by 6 runs as their 208 proved to be too much for Mumbai in the end.

Out of 32 encounters so far, Mumbai Indians have won 19 and Chennai Super Kings have won 13.

Mumbai Indians and Chennai Super Kings are the only two franchises to have faced each other in an IPL final four times. Out of which MI beats CSK three times in finals.

MS Dhoni who led the CSK from IPL 2008 to IPL 2021 season is considered as one of the most successful captains of all time. Notably, CSK too have won the IPL trophies 4 times and holds the second position in the highest trophy winners list in IPL history.

It is worth mentioning that if CSK played the IPL for the 2016 and 2017 years they would have a higher winning ratio along with an additional trophy as of now. On behalf of the spot-fixing controversy in the IPL 2013 finals, CSK and RR faced 2 years ban from the IPL tournament in 2015.

On decoding the close data, it’s worth mentioning that Mumbai Indians is the best team in IPL history with 5 trophies under their name. The debate is not yet over, in terms of the most successful teams in IPL history no one can beat the Chennai Super Kings.

It’s not an easy task to maintain a winning percentage of nearly 60 with only playing 195 matches(which is 22 matches shorter than MI).

Apart from leading the percentage column, CSK have won the IPL fair play award 6 times by playing 12 seasons so far. Whereas MI have only 2 fair play award under their name.

Thus, the Chennai Super Kings are considered the most successful team in IPL history as of winning percentage calculation.

Kolkata Knight Riders is the team to hold the third position in the table of teams with the highest winning ratio in IPL. While SRH have the lowest matches to lost in IPL history on comparing to the other active teams.

Each team can earn a total of 10 fair play points in a match. The teams are allotted these points by two on-field umpires and the third umpire. Fair Play points are awarded on the following basis.

Following are the details of the winners of the Indian Premier League since 2008 along with the runner-up details:

TBA – To Be Announced