Further, the Australia coach said that if fit, Williamson would have played in place of England star Jonny Bairstow.

In the chase of 188 runs, Jonny Bairstow plays a key role in 92 runs partnership with Manish Pandey for the third wicket after SRH lost their openers David Warner and Wriddhiman Saha inside 3 overs.

“He would have played in place of Jonny Bairstow obviously if that had occurred. But we aren’t too perturbed about that, Jonny has been in form recently in white-ball cricket here in India. Kane will obviously come into calculations as the tournament unfolds,” Trevor Bayliss said in the post-match press conference after SRH lost Sunday’s match by 10 runs.

Kane Williamson had also missed out on the ODI and T20I series against Bangladesh because of the left elbow injury.

“Kane’s been managing the elbow injury to varying degrees this summer and unfortunately it hasn’t improved,” Shackel said.

“He obviously has a high volume of training and playing across the three formats, which has inhibited his ability to recover.

“We believe he now needs a period of rest and rehabilitation to get the injury right.

“Time-frames can vary, but we’re hopeful that, after an initial rest, he should be able to begin rehabilitation next week,” New Zealand Cricket medical manager Dayle Shackel had earlier said in a statement.

Sunrisers Hyderabad will face Royal challengers Bangalore for the next league match on Wednesday. Check out the full IPL 2021 schedule and squad details. 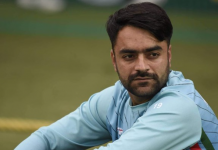 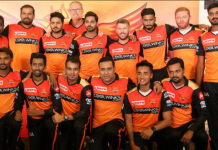 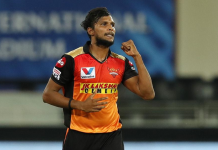