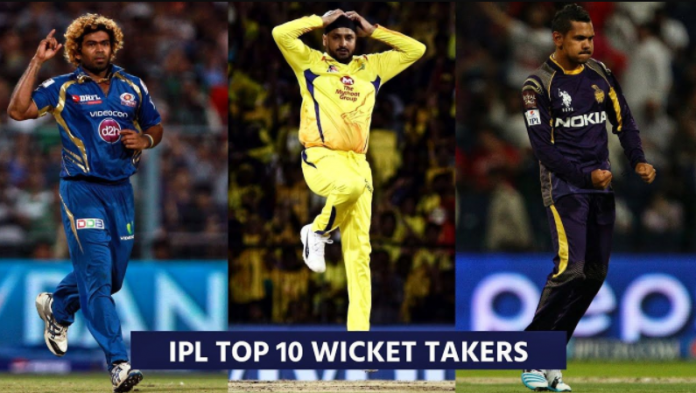 Times of Sports(TOS) listed the leading wicket takers of IPL since 2008. The Indian Premier League (IPL) is the most famous professional Twenty20 cricket league in India. It was started in 2008 by the fugitive offender Lalit Modi.

It also serves as the best opportunity for uncapped Indian players to play with international standard players. Mumbai Indians is the most successful team that has won 5 Indian Premier League(IPL) titles.

Chennai Super Kings Dwayne Bravo is the leading wicket-taker in IPL. The West Indies star took 183 wickets at an economy of 8.38.
Bravo has picked 2 four-wicket wicket haul in his IPL career but still waits to bag his first five-wicket haul.
Jaydev Unadkat and James Faulkner are the only two players to bag five wickets more than one time since 2008. Rashid Khan has a record of the lowest economy rate in the top 20 players.
Also read: Highest Individual Score in Indian Premier League Since 2008

The leading wicket-takers list is updated once at the end of every IPL match.

Also read: List of Top 50 Players To Hit Most Number Of Sixes in IPL Since 2008