ICC Full Form: The International Cricket Council is the global governing body for cricket. Representing 106 members, the ICC governs and administrates the game and works with our members to grow the sport. The ICC is also responsible for the staging of all ICC Events.

The ICC presides over the ICC Code of Conduct, playing conditions, the DRS(Decision Review System), and other ICC regulations. The ICC also appoints all match officials that officiate at all sanctioned international matches. Through the Anti-Corruption Unit, it coordinates action against corruption and match-fixing.

The ICC does not control bilateral fixtures between member countries (which include all Test matches), and neither does it govern domestic cricket within member countries. It does not make or alter the laws of the game, which have remained under the governance of the Marylebone Cricket Club since 1788.

The ICC is responsible for the organisation and governance of cricket’s major international tournaments, most notably the Cricket World Cup and the T20 World Cup. It also appoints the umpires and referees that officiate at all sanctioned Test matches, One Day Internationals and Twenty20 Internationals.

The Chairman of the International Cricket Council (ICC) is the highest position in the governing body of world cricket. The position was established as an honorary post in 2014 after a revamp of the management of ICC.

ICC Board Directors and Alternate Director

ICC conducts all the major cricket global events for both men and women across all member countries. Following are some of the popular events hosts by ICC:

The ICC offers different levels of partnerships tailored to suit the brand marketing strategy of international and regional sponsors. The partnership packages are structured across different tiers, each aimed at helping deliver the brand’s investment.

The current ICC partners are:

Full Members –The twelve governing bodies of teams that have full voting rights within the International Cricket Council and play official Test matches.

Associate Members – The 94 governing bodies in countries where cricket is firmly established and organized, but have not been granted Full Membership yet.

The ICC generates income from the tournaments it organises, primarily the Cricket World Cup, and it distributes the majority of that income to its members.

Sponsorship and television rights of the World Cup brought in over US$1.6 billion between 2007 and 2015, by far the ICC’s main source of income.

In the nine-month accounting period to 31 December 2007, the ICC had an operating income of $12.66 million, mainly from member subscriptions and sponsorship.

The ICC has no income streams from the bilateral international cricket matches (Test matches, One Day Internationals, and Twenty20 Internationals), that account for the great majority of the international playing schedule, as they are owned and run by its members.

It has sought to create other new events to augment its World Cup revenues. These include the ICC Champions Trophy and the ICC Super Series played in Australia in 2005.

However, these events have not been as successful as the ICC hoped. The Super Series was widely seen as a failure and is not expected to be repeated, and India called for the Champions Trophy to be scrapped in 2006.

The ICC World Twenty20, first played in 2007, was a success. The ICC’s current plan is to have an international tournament every year, with a Twenty20 World Cup played in even number years, the World Cup continuing to be held the year before the Olympic Games, and the ICC Champions Trophy in the remaining year of the cycle. This cycle began in 2010, one year after the 2009 edition.

The ICC has instituted the ICC Awards to recognize and honor the best international cricket players of the previous 12 months. The inaugural ICC Awards ceremony was held on 7 September 2004, in London.

In 2020, ICC announced a special one-off edition, the ICC Awards of the Decade to honor the best performers and performances in the last 10 years.

In order to recognize individuals, the governing body nominates

women’s cricketers are awarded for their efforts in the ODIs, T20Is, and the Rachael Heyhoe-Flint Award for being the Women’s Cricketer of the Year.

Rod Marsh has been appointed as the academy’s Director of Coaching. The opening, originally planned for 2008, took place in 2010. 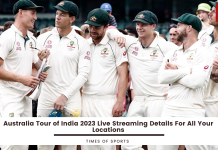