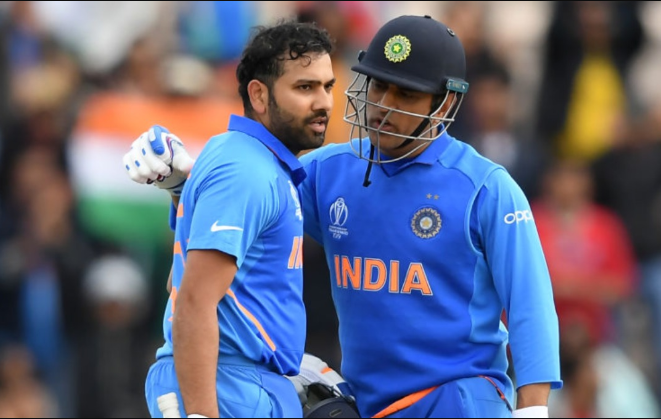 India limited-overs vice-captain Rohit Sharma reckons if MS Dhoni has been batting well then he should be part of the international setup again despite not playing any competitive cricket for almost a year now.

Speculations are raging over the future of the former India captain Dhoni’s future who has taken an indefinite break from cricket having last played in the semi-final of the ODI World Cup last year.

IPL was being projected as the platform from where he would make his claim for a comeback but with the season in danger of being cancelled, the suspension over Dhoni’s retirement continues.

Also read : MS Dhoni Finally Revealed the Moment When his “Heart Rate is Elevated And Feel a Bit Scared”

During an Instagram chat session between Suresh Raina and Rohit, hoped Dhoni plays for India again.

“I played with him (during Chennai Super Kings training sessions) and he was playing well. Only he knows what’s going on in his mind. Best will be if he himself reveals his plans,” said Raina.

To which Rohit replied, “If he’s batting well, then he must play. I hope he does.”

The out-of-favour Raina is also hoping to get another chance to represent India and Rohit revealed that during team meetings, the discussion hovers around thinking a way to bringing him back in some way.

“I know it is very tough to be out of the team after playing for so many years. We used to always discuss about including Raina in the team in some way and utilise him. You have the experience – can bowl and field too. Team selection is not in our hands and a lot of things are considered so don’t know what the thinking is right now,” Rohit said.

Rohit was left highly disappointed when he wasn’t included in the squad for the 2011 World Cup at home. Recalling that phase, India opener said he utilised that time away to rectify his mistakes.

“When I wasn’t part of the 2011 ODI World Cup, lot of things were going on my mind. So I decided to look back at my past performances, how I was getting out. It is heartbreaking when you are not in the team. So I improved myself,” he said.