Have few Indian star Cricketers breached the bio secure bubble in Australia? This is the question that is doing the round after Rohit Sharma, Rishabh Pant, Shubman Gill, and Navdeep Saini were recently spotted by a fan in a restaurant in Melbourne.

The Indian cricket team is currently presided over Australia to play 3 ODI, 3 T20I, and 4 Test match series. Both the teams are currently in bio-secure bubbles as Australian states have come up with new stricter border restrictions in the wake of a recent COVID-19 outbreak.

A Fan paid the bill for Indian Cricketers

At a time when nobody from outside is permitted inside the bio secure bubble even after a three-day quarantine period, the players visiting a restaurant will definitely raise a number of eyebrows.

A fan named Navaldeep Singh spotted them and paid their bill as well. He posted the picture of the players and also narrated the whole incident on his Twitter handle as it went viral on social media. The players also clicked a picture with him and moreover, Rishabh Pant hugged him.

But it seems that Indian cricketers have breached the bio secure bubble protocols established by Cricket Australia. The players and staff from both the teams have to follow strict measures to minimize the chances of the series getting affected. They are allowed to eat out but were told to be seated outdoors.

In a different tweet, he revealed how the entire episode unfolded. When the players got to know about the fan paying the bill for them, Rohit Sharma asked him to take the money. However, the fan declined and asked for a photo before hearing a hilarious comment from Pant.

The India wicketkeeper told him that he would get a photo only if takes the money back. The fan, however, declined again before Pant hugged him. Team India stars then obliged for the photo before walking away.

However, the staff at Secret Kitchen at Chadstone Shopping Centre, where the players dined, confirmed to Sydney Morning Herald that the Indian cricketers were seated indoors.

The BCCI is now reviewing the video which has gone viral even as the board’s spokesman declined to comment on the matter as of now. Even CA is yet to come out and open up on the same yet.

A BCCI source told “Rohit, Gill, Pant, Saini, and Shaw followed all the necessary protocols and their temperature was checked. There’s nothing to make an issue out of it, the fan has confessed that he said Pant hugged him out of excitement.”

“Rohit, Gill, Pant, Saini and Shaw followed all the necessary protocols and their temperature was checked. There’s nothing to make an issue out of it, the fan has confessed that he said Pant hugged him out of excitement.” – BCCI source (To ANI).

Though BCCI didn’t give any official statement on this incident CA took it as a serious concern and come forward by taking steps.

“The BCCI and CA are investigating the matter and seeking to determine whether the outing constitutes a breach of biosecurity protocols.

“In the interim, on the advice of the Australian and Indian medical teams, the aforementioned players have been placed in isolation as a precaution. This will include separating the group of players from the broader Indian and Australian squads when traveling and at the training venue.”

On hearing this news fans start to get panic regarding their superstars participation in the 3rd test match vs Australia. With still 5 days for the 3rd test match the isolation of the key Indian players loads tension over the fans. 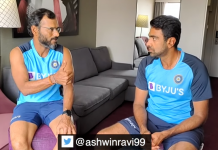 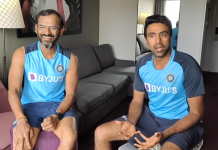