Olivia Podmore, a track cyclist for New Zealand who competed at the 2016 Rio Olympics and in the 2018 Commonwealth Games, has died, aged 24 years.

Podmore cycled at the 2016 Rio Olympics and the 2018 Commonwealth Games on the Gold Coast but was not part of New Zealand’s team at the recent Tokyo Games.

In a now-deleted post from her Instagram page, she wrote: “Sport is an amazing outlet for so many people, it’s a struggle, it’s a fight but it’s so joyous.

Olivia Podmore Death was confirmed by her brother

He said: “Rest in peace to my gorgeous sister and loved daughter of Phil Podmore.

“Forever in our hearts.

“Love you more than anything.”

The New Zealand Olympic Committee (NZOC) also released a statement saying “her loss will be felt across” the whole country’s sporting community.

The statement read: “We offer our deepest condolences to family, friends and others in the NZ community who are grieving this loss.

“She was a valued team member and her loss will be felt across the New Zealand Sporting Community.”

A spokesperson for the Waikato Police department in New Zealand confirmed to local news outlet Stuff that they “are making enquiries in relation to the death”.

The spokesperson said: “Police are making enquiries in relation to the death on behalf of the coroner.

“The coroner will release their finding in due course.”

Four years ago talented cyclist Olivia represented her country in Brazil when she and teammate Natasha Hansen finished ninth in the team sprint event.

She also competed in the cycling sprint when she finished in 23rd place in qualification, however, she was unable to finish the keirin event that year because of a crash on the track. 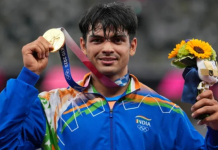