Chetan Sakariya is a 23-year-old fast bowler, who made his debut for Saurashtra in 2018-19. He was picked up for INR 1.2 crore in the IPL 2021 auction by the Rajasthan Royals and made his IPL debut at the first opportunity, named in the XI for the Royals’ opening game of IPL 2021, against the Punjab Kings.

Coming from a humble background he is a huge success story but it hasn’t come easy, especially from an emotional point of view.

Just three weeks before the IPL auction, Sakariya’s younger brother died by suicide. At that time, Chetan Sakariya was playing in the Syed Mushtaq Ali Trophy for Saurashtra and his family didn’t inform him about his brother’s death for ten days.

“l hope nobody goes through the pain and struggles we went through. My second child, a son who was a year younger to Chetan, committed suicide a month ago. Chetan was playing the Syed Mushtaq Ali Trophy at that time, which he finished as the sixth-highest wicket-taker.

We didn’t inform him about his brother’s death for the first 10 days as we didn’t want his game to be affected. All we told him was that his father wasn’t keeping well. Every time Chetan would call to ask about his father’s health, he would ask us to make him speak to his brother. But I’d change the topic.

I wouldn’t let him speak to his father too because I knew my husband would tell him the truth. But one day, I broke down on the call. After knowing of his brother’s death, Chetan didn’t speak to anybody for a week. Neither did he eat. The two brothers were very close.

A month after this tragedy, Chetan has bagged an IPL contract worth Rs. 1.20 crore. Sapna jehvu laage che (it feels like we are dreaming). We’ve struggled a lot financially. Chetan’s father was a lorry driver, but he is bedridden now after meeting with three accidents and undergoing as many surgeries.

He cannot earn any longer. He is yet to recover from our son’s suicide. Neither does he eat nor talk. I try my best to give him strength.

Growing up, Chetan worked at his maternal uncle’s stationery shop to make ends meet. Until five years ago, we didn’t even own a TV. My husband would get the news of Chetan’s progress in professional cricket from outside and then come home and inform us.

After my husband’s accident, my second child was the breadwinner of the family. But now, he is gone too. Amidst all this, Chetan’s IPL contract is a balm to our pain. The first thing he wants to do with the money is buying us a house in Rajkot. I also contribute to the family income by doing stonework on sarees.

When my children were small, I would leave them alone at home to go out and do embroidery. That money was used for their education. Ever since Chetan’s IPL contract, the media has been calling us daily. We start getting calls from 8 am. My son worked very hard for this.”

– Chetan Sakariya’s mother to Around the Wicket exclusively. 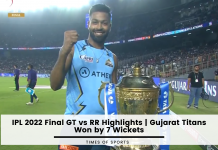 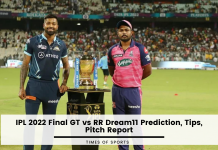