Harnoor Singh Biography: The left-hander from Punjab grabs the limelight when he strikes 3 consecutive hundreds in NKP Salve Challenger Trophy.

The 2003 born youngster was one among the U19 Indian team which creates history by lifting the trophy for the 7th time. Read Harnoor Singh biography including his career path below: 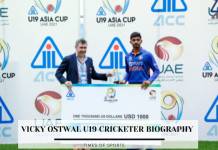 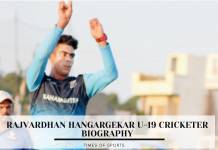