Once in every generation comes an athlete who redefines the meaning of the game. They are born with an abundance of talent, immense amount of natural ability, and they could do things that others could only dream about. Roger Federer is that athlete for Tennis, Tiger Woods for Golf, and for Cricket, it is Mr. 360 – Abraham Benjamin de Villiers.

AB de Villiers is a former South African cricketer who captained the South Africa team in all formats of the game. Known to be one of the best batsmen of his generation, de Villiers was born in Warmbad in South Africa. He used to play cricket from an early age, and also excelled in other sports such as golf, rugby, and tennis.

He first came to popularity in April 2008, after he scored a double century in a match against India, becoming the first South African to have ever done so. He scored a total of 217 runs, which has been the highest so far in his career.

He holds many other records as well including the fastest Test century by a South African and also the fastest T20 50 by a South African. He plays in the Indian Premier League (IPL), a popular T20 cricket league contested in India. He has played for Delhi Daredevils and ended his IPL career while playing for Royal Challengers Bangalore.

Besides being a cricketer, he is also a proficient singer and guitarist. He has released a bilingual pop album named ‘Maak Jou Drome Waar’. He is also a football enthusiast and an avid supporter of Manchester United. De Villiers has been involved in charity works as well. 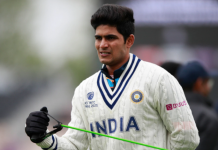