The former Indian skipper MS Dhoni was last seen in action against New Zealand in the ICC World Cup semifinal, a game India lost. He made himself unavailable for India’s international assignments post the WC exit and was eventually dropped from the BCCI’s list of centrally contracted players in January.

As pointed out by BCCI president Sourav Ganguly and India head coach Ravi Shastri, “Dhoni’s international future depends on his performances in IPL 2020 which comes in to consider him in T20 World Cup planned later this year in Australia”.

BCCI postponed the Indian Premier League to avoid the spread of corona virus. Thus the tension arises among Dhoni’s fan as this IPL plays a crucial role in his future International cricket role.

In a recent post, former Team India skipper MS Dhoni’s daughter – Ziva – can be seen picking up leaves in the garden to help the staff keep the lawn clean.

In another video Jasprit Bumrah shared an adorable video of Rohit Sharma’s daughter Samaira where she can be seen trying to copy his action.

Referring to Dhoni as her ‘Mr. Sweetie’, Sakshi posted a photograph of herself trying to munch on, a much relaxed looking, Mahi’s toes in her attempts to seek attention from him.

Times when you crave attention from #mrsweetie !

The cash rich Indian Premier League(IPL) has been suspended till further notice amid coronavirus pandemic. Originally 13th edition of Indian Premier League has been scheduled to start from March 29. Due to the rapid spread of corona virus Indian government imposed a 21 day lock down at first thus BCCI too postpone the tournament to mid of April.

As the COVID-19 infection shows it’s peak performance the Indian government extend the lock down till May 3. As the participation of foreign players is not possible in this situation, BCCI without any option left took this heart breaking decision.

The BCCI seeks for it’s all possible way to host the tournament as the failure to host will make a huge loss. Experts states that if IPL 2020 cancelled it would make a dent in Indian economy in the upcoming year.

Replying to SLA’s proposal to host IPL 2020 BCCI dis agrees to the idea to host the tournament. Considering the safety BCCI rejects the proposal from Sri Lanka Cricket(SLC)  to host the 13th edition of Indian Premier League(IPL). 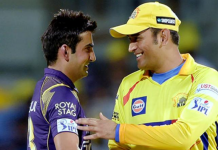 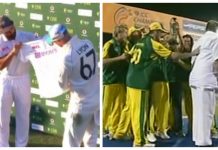 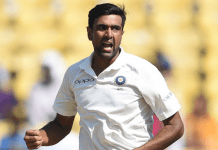