During his captaincy days, Ganguly was known to stand by the players he truly believed in and leading the team ferociously. Sourav Ganguly, the current BCCI president, is also credited for regrouping the Indian team after the 2000 fixing scandal, which was touted as the lowest point of Indian cricket.

“Sourav made the Indian team a feisty side. He made the side tough, and when he was captaining the side you knew you were in a big battle with them. I have huge respect for him as a captain as he started the revolution of Indian cricket,” Hussain said on Sony Ten Pit Stop.

“Virat Kohli is a hugely combative cricketer. When he is out on the field, he wants to win and is desperate for victory,” he said.

Talking about England captain Eoin Morgan praised his attitude and also praised the team saying all players look to express themselves. 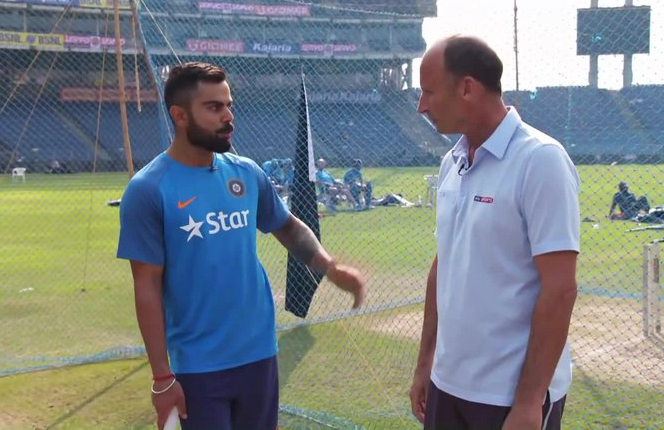 “He has done such a fine job leading the England white-ball side. The best aspect of the side is that they look to express themselves well.

“Another important aspect about this side is their selection. They have gone with players who are good white-ball cricketers such as Jos Buttler, Jonny Bairstow and Jason Roy among others. More importantly, Eoin is known to be someone who is calm and cool as a captain,” said Nasser Hussain.

Earlier Shoaib Akhtar has heaped praise on Sourav Ganguly, saying the former Indian batsman was very brave and was the only opener who could face the ‘Rawalpindi Express’ with the new ball.

“People used to say that he was scared to face fast bowling, he was afraid to face me. I think all of that was rubbish. Sourav Ganguly was the bravest batsman I ever bowled to, the only opener who could face me with the new ball,” said Akhtar in an interview on the Helo app.