On 23rd May 2018, Ab De Villiers has announced his retirement from all forms of international cricket, which lead to surprise all over the cricketing fraternity with age and form behind him to continue at international stages. He’s still riding on his top form, where he had scored 37-ball 51 runs in the recently concluded Mzansi Super League final. The loss was against his fellow South African Faf du Plessis, who lead his side Paarl Rocks to triumph chasing 148 runs in just 14.2 overs.

In the press conference after the triumph, there comes the most anticipated question on Ab De Villiers Retirement and he getting back to national colours for T20 International. Faf responded in way, “I’m so used to that question now”.

He further adds to the question of wanting De Villiers to come out of retirement.

“People want AB to play and I am no different, Those conversations [with De Villiers] have been happening for two or three months already – what does it look like, how does it look over the next year, and that’s where it starts”.

Faf has tagged his long-time friend as a beast in the T20 format and said they have only 20 matches before heading to T20 World Cup in 2020, which won’t be that hard for his standards.

“T20 cricket is a different beast; it’s not a lot of time away from home. If you are a full campaigner you have to really get stuck in and spend a lot of time on the road. Test cricket now is the most important thing but also the T20 World Cup is not too far away. I reckon there are 20 T20s over the season, which won’t be that hard. Those conversations have already taken place and will do before the next T20 series starts” 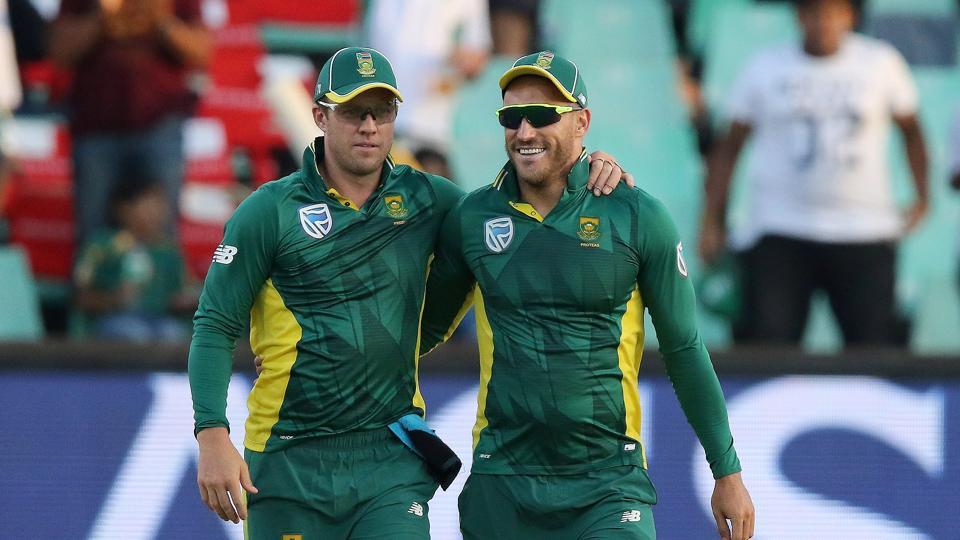 Former South Africa wicketkeeper Mark Boucher has been appointed as head coach of South Africa recently. He’s no different in the stand of getting back AB De into Proteas team and said, they can’t leave the best player of the nation when they’re heading into big events like T20 World Cup.

“When you go to a World Cup you want your best players. If you feel he’s one of the best players, then why wouldn’t you want to have conversations with him? If there are a couple of issues you’ve got to iron out, if it’s for the best of South Africa, absolutely. Let’s try and do it.”

There is a lot has been happening even out of South Africa’s dressing room. Graeme Smith has been appointed as Director of South African cricket, even after withdrawing from the run last month. Jacques Faul is now the chief executive and obviously veteran Mark Boucher as head coach. Du Plessis had seen the positive side of it and said anything can change in a week of time and what happened in South African cricket is no different from it.

“A lot can change in a week, We’ve seen that first-hand. It was the dark ages last week and there’s a little bit of light this week and that’s very good. It’s very important; it will help the dressing room and even the supporters. Everyone wants the team to do well, everyone wants to make sure we get the right people in the right positions. It’s good that there is a bit of positivity around in and there’s excitement in the air, for myself included.”

South Africa will be playing against India in the T20 World Cup as their first game on October 24th, 2020.