Virat Kohli plans to steps down as RCB skipper

Kohli breaks the heart of his fans by making back-to-back unacceptable decisions. While every RCB fans expect him to lift the first trophy under his captaincy he took the heartbreaking decision to relinquish RCB captaincy.

“It has been a great and an inspiring journey, captaining a talented bunch of players in the RCB squad,” Virat said.

“I would like to take this opportunity to thank the RCB management, coaches, support staff, players, and the entire RCB family, who have been instrumental in the growth of the franchise over the years. It wasn’t an easy decision but one that has been well thought of and in the best interest of this wonderful franchise. The RCB family remains close to my heart as we continue to strive to achieve excellence. As I have mentioned previously in many occasions, I will only play for RCB until my retirement from the game of cricket.”

Though RCB fails to lift the trophy, their fans rate keeps raise every year. Still, the exact reason for his decision has been not yet revealed. But Kohli is the man who never took a decision over the controversies.

Notably, Virat has good records as a skipper for India and as well as for RCB.

While workload management is an absolutely acceptable reason for quitting T20 captaincy but if one looks at India’s calendar till 2023, there are just about 20 bilateral T20 games apart from the World Cup in which Kohli won’t be captain.

“Virat knew that he would have been removed from white ball captaincy. If the team doesn’t do well at the UAE World T20, he was gone for good as far as white-ball leadership is concerned,” a BCCI insider, in the know of things, told PTI.

“He just reduced a bit of pressure on himself as it would seem that he is there on his own terms. It might not happen for 50 overs if the performance in T20 hits a downward spiral,” he said.

So, if the BCCI decides on relieving Kohli from the 50-over captaincy as well in near future, one shouldn’t be surprised as this is Indian cricket and fortunes change faster than what anyone can keep up with. 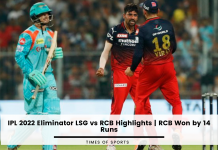 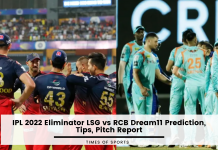 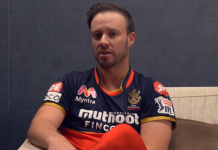