The last night IPL match between KKR and MI is set to be the greatest nightmare for Pat Cummins. The Australian born cricketer has been bought by KKR for 15.50 cr in the IPL 2020 auction.

KKR expects a lot from the Aussies player in their first match of IPL 2020. But ended up conceding 49 runs off three overs, going at 16.33 runs per over. KKR fans ended up in frustration as the well-expected bowler turns them down.

Conceding 49 runs for 18 balls is not an acceptable one in this format. Which makes Mumbai Indians to score 195 runs of the 20 overs. Though he fails to make an impact in bowling Cummins saved grace with the bat, though, hitting 33 runs off just 12 balls.

He smashed Jasprit Bumrah for four sixes in the 18th over but the asking rate had climbed to 28 an over by then. Bumrah who plays a vital role in Mumbai Indians bowling took two important wickets(Eion Morgan & Russell) of the KKR.

Making sixes in his over proves his batting ability in the lower order. Though many criticise Cummins, KKR skipper Dinesh Karthik backed up him.

Regarding the loss, KKR skipper said that” I think we had areas to do well in bat and ball, I think it was a pretty rusty today, to be honest, I don’t want to get too analytical about it but it’s ok the boys realise where they could have done better.

A couple of the guys – Cummins and Morgan – just finished their quarantine today, it is hard, playing in the heat and getting used to the conditions. Don’t want to be too analytical, the boys put in a good effort.

I haven’t had the conversation about that (regarding tweaking the top order) with Baz, will let you know by the next game”.

KKR fans expect their team to be strong as before as they have a handful of experienced players in their team. Let’s hope for a strong comeback from Pat Cummins in the upcoming matches of the IPL 2020. 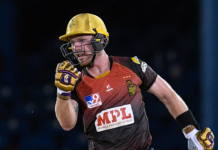