Nitish Rana – Kolkata Knight Riders (KKR) batsman has reportedly tested positive for Covid-19 ahead of IPL 2021. Rana currently believed to be in quarantine, isolated from the rest of the KKR camp. Rana is said to have returned from a vacation in Goa and is believed to have returned a positive test result two days ago.

Nitish Rana Tested Positive for COVID19 ahead of IPL 2021

Days ahead of the commencement of a new season, the Indian Premier League (IPL) has been jolted by a COVID case as reports have emerged that Kolkata’s Nitish Rana has tested positive for COVID-19.

Rana, who featured in both the Syed Mushtaq Ali Trophy and Vijay Hazare Trophy for Delhi, is said to have returned a positive test result two days ago after having returned from a holiday in Goa.

Nitish Rana has been tested positive for COVID19.

The reports are unconfirmed and there has been no official word on the matter, but newspaper ‘Dainik Bhaskar’ reports that Rana is currently in isolation, away from the rest of the KKR camp, and is being monitored by doctors in a hotel in Mumbai.

Rana is an integral part of the KKR camp and is expected to feature in the Top 3 for the side this season. The southpaw has accumulated over 300 runs in each of his last 4 IPL seasons and despite misfiring in IPL 2020, still managed to amass 352 runs at a healthy strike rate of 138.58.

IPL 2021 is scheduled to kick start from April 9, with an opening match between Mumbai Indians(MI) and Royal Challengers Bangalore(RCB) at Chennai. Check your favorite team’s IPL schedule by clicking here.

Indian players along with England cricketers enters their respective team’s training camp after completing the series. Earlier India and England lock their horns to play 4 match Test series, 5 match T20I, and 3 matches ODI series. Where India lifts all three series trophies and creates a record by beating the visitors. 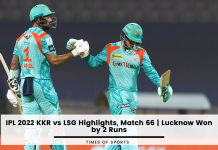 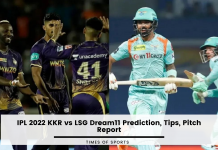 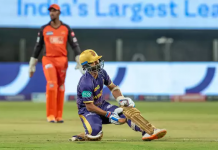