8 groundsmen who work at the facility of the iconic Wankhede stadium in Mumbai have tested positive for Covid19. With a week ahead for the starting of the IPL 2021 the results start to raise the question regarding the successful completion of the IPL 2021.

The IPL 2021 is scheduled to kickstart from April 9 with its opening match between Mumbai Indians and Royal Challengers Bangalore at Chennai. The first match at Wankhede stadium is played on the very next day(10-April) between Chennai Super Kings and Delhi Capitals.

Though the matches are scheduled to play behind closed doors the possibility of the spread is unpredictable owing to its vigour spread.

“We will make arrangement for the ground staff at the stadium itself with immediate effect. We have many rooms at the ground where they can be housed,” said an MCA official. “There will be no threat to IPL matches at the Wankhede. We will be ready by the time the tournament starts,” he added.

MCA were also in talks with Wankhede curator Ramesh Mhamunkar whether he needs additional staff to get the ground ready. MCA has in-house ground staff at their facility at BKC and Kandivili who can be called over to help with the preparation for the duration of the tournament.

Despite the COVID-19 outbreak at its worst in Maharashtra and the state government considering reintroducing severe restrictions, the BCCI has been preparing for the games in Mumbai, to be played without spectators.

In addition to this KKR player Nitish Rana has been tested positive for COVID19 post his GOA tour. Rana currently believed to be in quarantine, isolated from the rest of the KKR camp.

Rana, who featured in both the Syed Mushtaq Ali Trophy and Vijay Hazare Trophy for Delhi, is said to have returned a positive test result two days ago after having returned from a holiday in Goa.

Nitish Rana has been tested positive for COVID19.

The reports are unconfirmed and there has been no official word on the matter, but newspaper ‘Dainik Bhaskar’ reports that Rana is currently in isolation, away from the rest of the KKR camp, and is being monitored by doctors in a hotel in Mumbai. 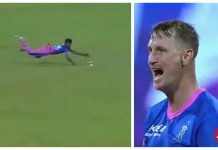 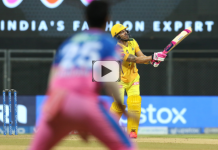