Series started well for Australia with a thumping case of 255 runs with a 10 wicket remaining during the 1st ODI on Jan 14, Tuesday at Wankhede Stadium, Mumbai. David Warner was presented as “Man of the Match” for his brilliant batting of 128 runs in 112 balls with strike rate 114.29.

Indian team showed a strong comeback in the 2nd ODI winning by 36 runs. After some brilliant start from Rohit Sharma and Shikhar Dhawan, Lokesh Rahul gave India a superb finishing with his unbeaten 80 runs in 52 balls with strike rate 153.85. It gave India a good total to restrict them back. Lokesh Rahul was presented as “Man of the Match” for his wonderful strike at the end.

Steve Smith, Australian Men’s Cricketer asked about his bating skills and special training for the T20 world cup, he replied as

“No real specific training, but just playing a lot more T20 cricket and just getting the right tempo I guess for the game is the most important thing for me. I would love to be a part of the World Cup, it’s obviously at home in Australia. I was involved in the ODI World Cup here in 2015 and had the most amazing six-weeks of my cricketing career and loved every minute of it. So yeah would love to be involved in another World Cup at home for sure!”

Asked him that, whether he have any plan to implement new shots or training during his IPL session this year under Rajasthan Royals, he replied as

“Ah, don’t want to try too much different. I don’t really know, maybe a bit more bowling perhaps, but then that takes time away from my batting. So yeah, it’s a difficult one but we’ll wait and see,”

When interesting question arises about Kohli’s skills in leadership and batting, he replies as

“Yeah, he is terrific. His batting numbers just speak for themselves. I think he’s an incredible player in all three formats and I think we will see him break many records. He’s already broken plenty of them and I see him breaking many more over the years. He has got the hunger for runs and doesn’t stop getting them. Hopefully he can stop getting them against Australia, that’ll be nice. As a captain he’s already made India the number one side in the world in Test cricket. From what I have seen he sets really good standards for them. He is a lot about fitness and is health conscious and things like that. He’s got the Indian side into a really good place and leads them exceptionally well,”

During World Cup 2019, Virat Kohli asked the fans to cheer up and support Steve Smith. While asking about that to Steve, he replied back as

“In the World Cup it was really nice of Virat to do what he did. He did not have to do that and yeah it was a lovely gesture and really appreciated that” 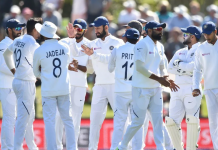 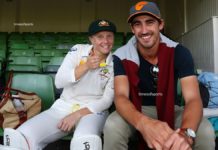 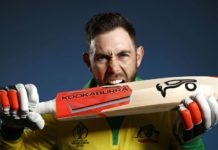