Pakistan Cricket Board CEO Wasim Khan highlights that ICC 2021 T20 WC may shift to UAE amid the ongoing COVID19 pandemic in India. ICC 2021 T20 WC has scheduled to play in India later that year.

BCCI shifts the IPL 2020 to UAE owing to the hike in COVID19 positive cases. The same procedure is expected to be followed in ICC T20 WC 2021.

“There is still some uncertainty over the World T20 being held in India yes because of the Covid situation there. It could be in UAE,” Khan said in an interview to the Cricket Baaz YouTube channel.

ICC hands over the responsibilities of hosting T20 WC 2021 to India and consecutive T20 WC to Australia.

“Yes Mani Sahab (PCB chief Ehsan Mani) has written to them. He requested them that given the state of relations between India and Pakistan. And it would be best if the ICC and BCCI gives a written assurance about the visas being issued to us,” Khan said.

He also disclosed that an online meeting of the Asian Cricket Council last week had tentatively set June as the time to host the postponed Asia Cup in Sri Lanka. But the dates could be rescheduled if required.

“The next Asia Cup will be hosted in Sri Lanka in June. And we have got hosting rights now for the 2022 Asia Cup,” he said.

Khan said that although bilateral series with India is still a distant reality because of the border tensions between the two countries. It is ICC’s responsibility to guarantee the participation off all nations in any world event.

“But yes bilateral relations are not ideal and that is why we have also asked for the assurances for next year’s World Cup,” he said.

But the PCB CEO hoped that in the future the situation could change as far as cricket relations are concerned between Indian and Pakistan. 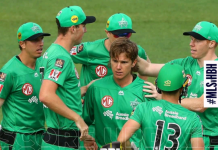 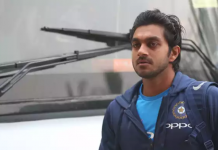