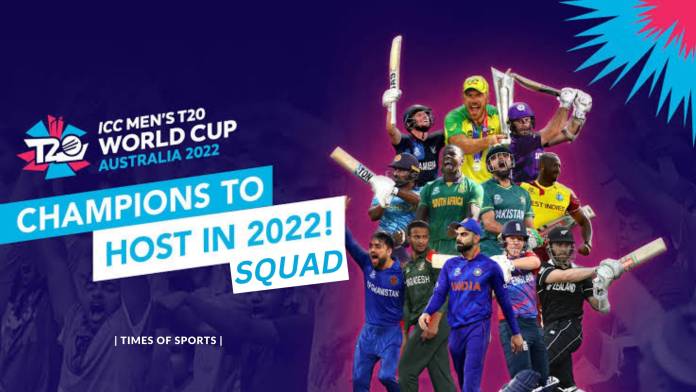 The ICC T20 World Cup 2022 Final is Scheduled to play on 13th November 2022. The 14th of November(Monday) has been announced as the reserve day for the finals.

In a press release, the ICC also said that the men’s T20 World Cup will be expanded to 20 teams and will take place every two years from 2024-2030.

ICC extends the deadline for all the teams to submit their final squad for the T20 World Cup till September 15, 2022.

Australia T20 World Cup 2022 Squad – Cricket Australia announced the 15 member squad for the ICC T20 World Cup 2022. Aaron Finch will be captaining the side while Matthew Wade will be doing wicket-keeping duties with Josh Inglis as his backup.

ICC WTC 2021 edition winning captain Kane Williamson has been named as the captain of the New Zealand squad for the upcoming ICC T20 World Cup 2022 in Australia. New Zealand added 4 wicket-keeper batsmen to their squad.

Pakistan T20 world cup squad 2022 is announced. Babar Azam will be the captain and Shadab Khan will act as deputy. Notable addition is Shaheen Afridi, who was injured just before Asia Cup and left out. Fakhar Zaman, who was part of the last tournament has been left out of main 15 and added as a reserve.

India Squad for T20 World Cup 2022 is announced on September 12th. Rohit Sharma will lead the team while KL Rahul will act as his deputy. In Stand-by, they’ve got Shami, Bishnoi, Deepak Chahar, and Shreyas Iyer.

Shakib Al Hasan Led Bangladesh Squad for T20 World Cup 2022 is announced on September 14th. In absence of veteran Mushfiqur Rahim, who announced T20i retirement just a week before selection is missing, who had been part of every t20 world cup since it’s started. Another noticable player not in the squad is Mahmudullah, who’s their former captain.

West Indies announced T20 World Cup 2022 Squad – Nicholas Pooran will be the captain of Windies, unlike last few years where some of the big names like Gayle, Bravo, Pollard, Russell are not in the squad.

Afghanistan T20 World Cup 2022 Squad has the most important names with Mohammed Nabi to lead, Najibullah Zadran to be the deputy, and Rashid Khan to do a pivotal role in bowling department.

Namibia announced their T20 World Cup 2022 Squad – Qualified to the t20 world cup for 2 successive years. Gerhard Erasmus will captain the Namibia side in this edition.

Zimbabwe has announced their squad for this year’s ICC T20 World Cup. Craig Ervine will captain their side, while they have got 5 players in the reserves, which is most among the teams in this edition.

Ireland has announced their squad for this year’s ICC T20 World Cup. Andrew Balbirnie will captain their side, while they haven’t got any reserves to name.

Team Sri Lanka T20 World Cup 2022 Squad is announced. The team which is riding high on confidence than anyone of the lot after winning Asia Cup, to be led by Dasun Shanaka. SLC has added Dushmantha Chameera and Lahiru Kumara to the squad, whether they play or not is subject to their fitness before the tournament.

The tournament will begin with a 6-day group stage to determine the final four teams to qualify for the Super 12.

Sri Lanka and Namibia will be joined by two further qualifiers in Group A, with West Indies and Scotland drawn together alongside two additional teams from the Global Qualifier in Group B.

The winner and runner-up team of both Group A and Group B will qualify for the super 12 of ICC T20 World Cup 2022.

Those A1, A2, and B1, B2 are the teams to be qualified from Group A and Group B of the first round.

The two semi-finals of the T20 World Cup 2022 are scheduled to play on 9th and 10th November respectively. The 2 semi-finals have a couple of reserve days before the finals.

The final of the last ICC T20 World Cup is scheduled to play on 13th November 2022. The 14th of November(Monday) has been announced as the reserve day for the finals.

The format of the ICC Men’s T20 World Cup will consist of four groups of five, with the top two from each group going through to a Super Eights stage, followed by the knockout stages of semi-finals and a final. 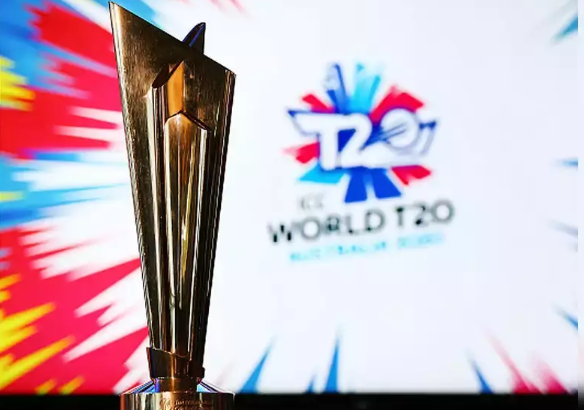 How do I watch live streaming of T20 World Cup matches?

The live streaming of the T20 World Cup match will be available on Disney+ Hotstar.

Sky Sports will telecast the T20 World Cup 2022 in the United Kingdom.

ICC announces the events planned for the next decade. Following are the details of the International tournaments which are planned to host once the 2023 WTC finals staged. 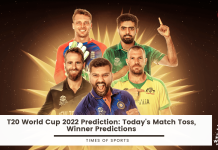