However, due to COVID-19, the tournament has been shifted to the UAE keeping the players and others safety in mind. The Board of Control for Cricket in India (BCCI) remains the recognized host for the tournament in UAE.

The Papua New Guinea Cricket Board was the first team to unveil ICC T20 World Cup 2021 Jersey. The new PNG team kit for the ICC Twenty20 World Cup 2021 has a few modifications, the T20 World Cup Logo is put on the left chest whereas PNG national flag logo is on the right.

The Papua New Guineas team jersey comes with a beautiful colors scheme which makes it a distinctive outfit. The shirt is composed of three different colors black, yellow, and orange. The sleeve is just plain black and is the same on both sides.

The names and numbers of the PNG players will appear on the back of the shirt, whereas the pajama comes in pure black color and has a beautiful pattern at the bottom of the pajamas.

Playing at their first ICC World Cup since 2003, Namibia will catch plenty of eyes in their sharp jerseys. Predominantly dark blue, with light blue hexagons on the right shoulder and above the left hip, Namibia’s kit also features red accents.

Australia Twenty20 World Cup 2021 jersey has a yellow background with a combination of black color. The kit features the WC T20 Logo at the right of the shirt while the Kangaroos team logo will be on the left of the t-shirt.

Pakistan released the T20 WC 2021 jersey with their favorite color GREEN. The t-shirt comes with a golden star on the right side of the chest with the “ICC Men’s T20 World Cup India 2021” on the left side of their jersey.

THE BIG REVEAL IS HERE!

Ahead of the 2021 T20 World Cup, Sri Lanka has revealed their new jersey on October 11.

The Sri Lankans have revealed two kits for the tournament: a yellow and blue number with a lion along the right side and a kit of the same design in different shades of blue.

The jersey wears a unique look with an abstract design and features the traditional Sri Lanka jersey colors of blue and yellow, with a bit of orange, indigo, and black in the mix.

Cricket Scotland have unveiled the shirt that the players will wear at the ICC Men’s T20 World Cup in the UAE and Oman this month which was designed by competition winner, 12-year-old Rebecca Downie from East Lothian.

The design was chosen from over 200 entries from school children across Scotland and selected unanimously by the team who will proudly wear the shirt, based on the colours of Scotland’s national emblem the thistle.

The new Netherland team kit for the ICC Twenty20 World Cup 2021 is similar to the team’s jersey used in the 2007 world cup but with a few modifications. The T20 World Cup Logo is put on the left chest whereas the team’s national flag logo is on the right.

The Netherlands team jersey consists of two colors blue and orange, the shirt is plain orange with a blue stripe in the middle of the shirt having the country name entitled in with white strips. The sleeves are also plain blue whereas the names and numbers of the Dutch players will appear on the back of the shirt while the pajama comes in pure blue color.

The Board of Control for Cricket in India (BCCI) announced on Friday that the Indian cricket team would be sporting a new jersey ahead of the men’s T20 World Cup in the UAE and Oman from October 17. The launched of the new jersey on October 13.

The Indian team will step on the field wearing the new jersey for the first time in their practice match against England on October 18. The jersey will then be worn during India’s opening match in the men’s T20 World Cup against Pakistan on October 24.

The patterns on the jersey are inspired by the billion cheers of the fans. Indian jersey for T20 WC 2021 comes in dark blue color with lite blue shades over the front area along with an orange strap over the rib areas.

The pajama comes in plain dark blue with orange piped pattern for 1/4 of the pant length.

The jersey revealed by the BCCI is will be permanent for team India. The jersey will include the logo of T20 World Cup event details in the place of sponsor details(MPL logo) on the right chest side of the jersey. 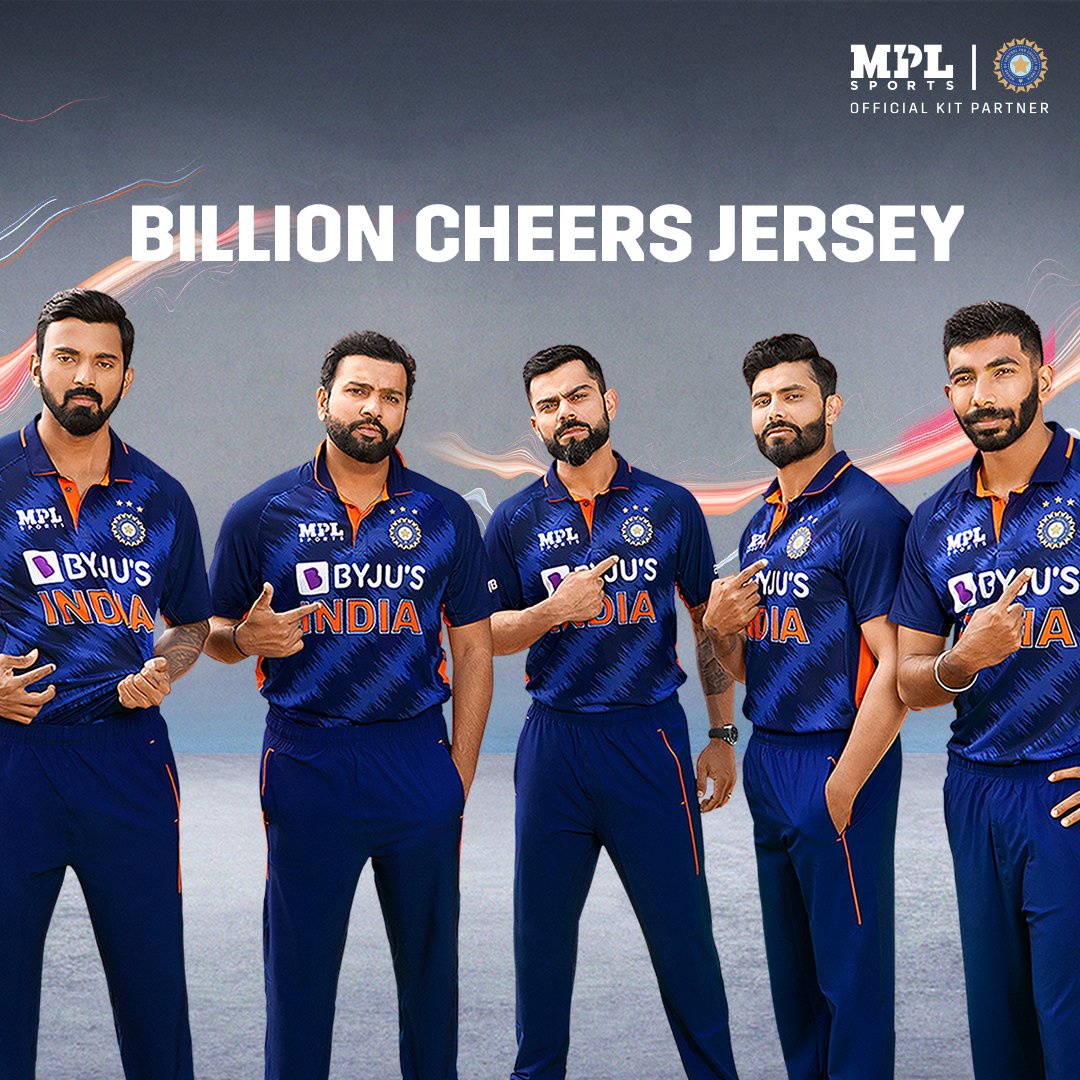 Official New Jersey For T20 World Cup 2021, where only the sponsor logo will be replaced with ICC T20 World Cup Logo. You can purchase the jersey here.

Ahead of the ICC T20 World Cup, India’s official fan jersey has been unveiled and is now available on ICC’s official website. The jersey costs $24.75 and is available in six different sizes (XS, S, M, L, XL, and XXL).

The back and front sides of the shirt carry The names of sponsors of this team. Whereas the rear side has names of players along with their numbers printed on it. The trousers are in complete blue colors and look pretty decent in contrast to shirts.

The new jersey is quite similar to the recent T20 kit the team use to wear for the series. The T20 World Cup Logo is put on the left chest whereas the Bangladeshi team’s national flag logo is on the right of the kit and a sponsor tag at the left arm sleeve.

The Bengal Tigers team jersey comes with a combination of two major colors Red and Green, while the kit features the team’s logo on the left and the T20 World Cup logo on the right side of the jersey.  The sleeves have a greenish and reddish combination, while names and numbers of the players will appear on the back of the shirt.

Afghanistan revealed their T20 World Cup jersey which is quite similar to the kit worn by the team in previous matches blue with red, yellow, and black.

This was confirmed after they announced the T20 World Cup squad in their official Twitter handle.

Cricket Ireland, on September 30, unveiled its new T20 playing shirt for the ICC Men’s T20 World Cup and Exchange22 as its ‘Primary Sponsor of the Men’s Senior International Team’ at the upcoming tournament.

The Exchange22 logo will feature on the leading arm of the Ireland Men’s T20 World Cup playing shirt and on the front of the training kit while at the tournament.

South Africa launched the jersey in two different colors for the ICC T20 World Cup 2021. The jersey has been designed after being inspired by the vibrant colours of the South African flag along with unique designs of Ndebele art.

The 2021 T20 WC jersey of New Zealand looks quite different from their previous one in terms of both design and color scheme.

Designers have used Blue, Black, and White color combinations in the production of shirts of this side. The left side of the chest carries the official logo of the T20 World Cup. Whereas the right side of the chest has the New Zealand National Flag printed on it. 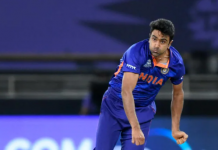