Baroda batter Vishnu Solanki hits with another bad news in the form of his father’s death after losing his newborn baby girl two weeks ago. On 10th February 2022, Vinod became a father to a baby girl. However, disaster struck him as the girl died the very next day.

However, Solanki did not let this incident to keep him down. He returned back to his Ranji Trophy duties and scored a ton against the Chandigarh. But then, on 27th February 2022, Solanki’s father passed away in his hometown, but the batter attended his father’s funeral only through a video call.

“Later, we came to know that his father passed away. Vishnu saw his father’s last rites in one corner of the dressing room, on a video call. It was really tough for him, but the courage he showed has been remarkable.”

It was heartwarming to see the association stand by its player during one of its toughest phases. The state association secretary Ajit Lele informed that Solanki was given the option to return home.

“When we got to know about his father’s death, we informed the team manager. The manager told us that he would stay back. It showed his commitment towards the game and his team,” Lele said.

“His father was sick for the past two months and was in the hospital. Over the past two months, he had been dealing with a medical emergency. Vishnu wouldn’t have been able to reach home on time even if he tried. But hats off to him that he played cricket and excelled, carrying an overload of grief,” Baroda captain Devdhar said.

Devdhar also confirmed that Solanki was given the option to go back to perform the last rites. But because his father’s body could not be kept in the morgue, his elder brother did the needful.

He tweeted: “Story of a Cricketer who lost his new born daughter a few days ago. He attends the funeral and gets back to represent his team to get a hundred. His name may not make social media “likes”, but for me #vishnoosolanki is a real life hero. An inspiration,” he tweeted.

A story of a Cricketer who lost his new born daughter a few days ago.He attends the funeral and gets back to represent his team @BCCIdomestic @cricbaroda to get a hundred.His name may not make social media “likes”,but for me #vishnoosolanki is a real life hero. An inspiration! 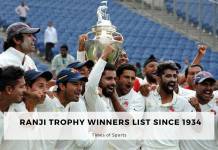 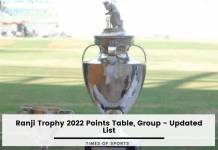 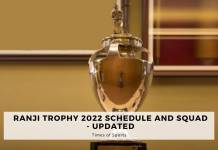