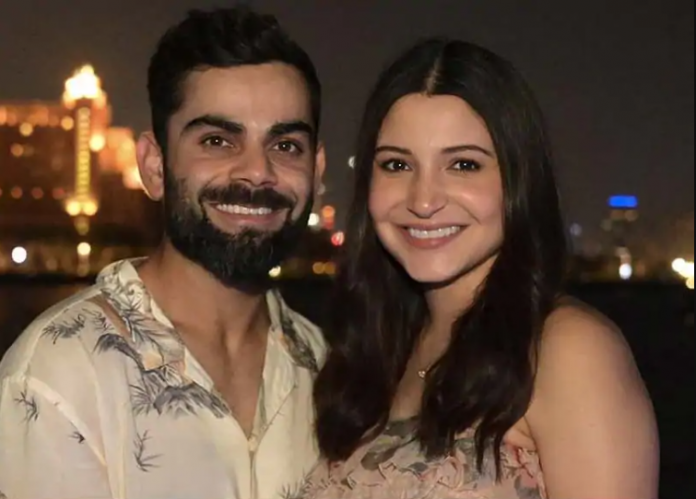 Indian skipper Virat Kohli reveals the moment when he first met Anushka Sharma in an advertisement shoot. The duo gets married on 11 December 2017. Nearly after 3 years this lovely couple blessed with a baby girl on January 11, 2021. Where they named her as Vamika Kohli.

Despite being icons in their respective fields, Virat and Anushka have continued to maintain their stand on having a private life away from the limelight. Even as they embraced parenthood with baby Vamika, they urged all media people to respect their space and promised to treat them from time to time with photos.

While their bond has gotten stronger over years of being in a relationship and over 3-year marriage, did you know that in his first meeting with Anushka, Virat was ‘nervous’ and ‘jittery’?

Yes, in a throwback interview with American Sports Reporter Graham Bensinger, Virat had shared that the first time he met her, it was for an advertisement of a shampoo that they had to do together.

The Indian Cricketer revealed that he cracked a joke immediately when he met her for the first time. In his chat, he shared that when he got to know from his manager that he will be shooting with Anushka.

He told his manager, “To be in the frame with a professional actor, I’ll look like a fool. How will I do this? I have no idea how to do this.”

He also shared that he cracked a joke immediately out of his nervousness when he saw her. Giving a bit of insight, he shared that Anushka is tall and that she was being told that he was not that tall.

He shared that when he saw her in heels, he cracked a joke on it. He revealed that Anushka was looking taller than him due to her feels and he joked, “Didn’t you get a higher pair of heels?”.

To this, Anushka replied to him, “Excuse me?” He then clarified to her that he was joking. Recalling the incident, he said that the incident became a ‘weird’ moment for him and that he behaved like a fool.’

Well, turns out, things began between them post that and rest as they say is history. Virushka happens to be one of the rock-steady couples in limelight and even amid so much attention, they continue to maintain their stand on privacy.

Recently, they embraced parenthood as well on January 11, 2021, as their daughter Vamika was born. While the world hasn’t yet seen a glimpse of their munchkin, Anushka had shared a photo that featured her, Virat, and Vamika. The photo managed to break the internet.