Anushka Sharma names pop out when one searches for Rashid Khan’s wife name in google search engine. RCB and SRH fans get in confusion regarding this bizarre result.

Anushka Sharma ties the knot with Indian skipper Virat Kohli in December 2017 and leads a happy life. Anusha recently announced the news of her pregnancy via Instagram. Anushka Sharma moves to UAE along with Virat Kohli where he leads Royal Challengers Bangalore in IPL 2020.

When one searches “Rashid Khan wife” the instant featured and highlighted response is ‘Anushka Sharma’. This search result, however, has been modified several times today itself, but the answer remains the same.

Reason for Google to name Anushka as Rashid’s wife

One of the possible reasons for this may be from the interaction of Rashid Khan with his fans in an Instagram live session. In that session, a fan questioned him about his favorite Bollywood actresses? To this, Rashid Khan named Anushka Sharma and Priety Zinta as his favorite actress.

And when a lot of websites and pages put their names in conjunction, this appears to have confused the algorithm with the rather startling results.

Google relies on automated systems to determine whether a page or in this case, name, would be a good snippet to highlight. In this case, the featured snippet came from a website that falsely claimed that Rashid is married to Anushka.

In a chat with Azadi Radio, Rashid Khan said, “I will get engaged & married once Afghanistan wins the cricket world.” That resulted in plenty of hilarious responses on Twitter, with many praising the decision of Rashid Khan. 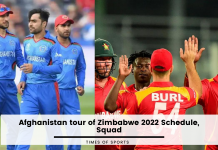