After the successful victory South Africa registered their first win in seven series across formats since the 2019 World Cup. India set to play without their hit-man Rohit Sharma as he ruled out due to the calf injury occurred during the match against New Zealand. India’s other opener Shikhar Dhawan missed the entire New Zealand series due to the shoulder injury. Dhawan want to perform well in order to make sure he make his case stronger for the T20 World Cup later in the year. In Rohit’s absence, Prithvi Shaw and Shubman Gill will fight it out to join Shikhar Dhawan at the top of the order.

Hardik Pandya and Bhuvneswar Kumar will both be making a comeback after their long injury lay-offs. Hardik Pandya recently showed his massive performance by smashing 158* runs from just 55 balls in DY Patil Stadium in Mumbai on Friday.

The Proteas, on the other hand, would be feeling a lot more confident, especially considering the performances of Janneman Malan, Heinrich Klaasen and Jon Jon Smuts who scored big in the home triumph against Australia. However, what the visitors would desperately want is that their experienced duo of skipper Quinton de Kock and Faf du Plessis perform well.

“We have just beaten a very good team now. We needed confidence and it will certainly give us a lot of confidence. India is going to be a tough test. Lot of guys haven’t played a lot of cricket in India. What’s impressive is guys have responded to the messages we have sent out to them on batting and bowling perspective,” said South Africa head coach Mark Boucher and he would want his troops to replicate their Australia performance against the Men in Blue. 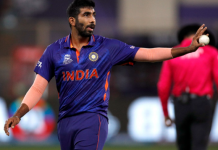 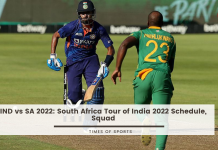 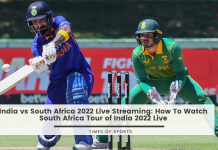