Several senior players struggle to pass the new fitness tests included in the YO-YO test.  Accordingly, the first batch of players travelled to Bengaluru in the first week of February to take the tests.

The new updated yo-yo test involves shuttling over a 20-metre distance at increasing speeds, the two-kilometre time trial has to be accomplished in 8 minutes and 15 seconds for fast bowlers, and 8 minutes and 30 seconds for the rest.

It is understood several of the senior players failed to pass the test of their choice at the first trial, conducted on February 8. Those who failed took the test once again on Thursday and cleared it. Some of them, including Unadkat, Kishan, and Siddharth Kaul, also posted a picture stating they had cleared the yo-yo test.

“The players were given a choice to clear either the 2km-run test or the yo-yo test. Wicketkeeper-batsman Ishan Kishan passed the ‘2km-run test,’ while seamers Jaydev Unadkat and Siddharth Kaul cleared the yo-yo test by achieving a score of 17.1, the new, raised the benchmark for the yo-yo test,” a source in the BCCI told TOI.

Basu Shanker, who was the Indian team’s strength and conditioning coach when the yo-yo test was introduced in 2015, welcomed the addition of time trial.

“2k is a good test where you assess the basic conditioning of an athlete and general fitness level. The 2k is similar to the Cooper test. It gives you an idea about your aerobic fitness and your basic conditioning. Let’s say if you are gym goer, if you run the 2k on Speed 10 you might run it in 12 minutes. Here they are asking them to run in 8.15 or 8.30 seconds, which is fairly decent. Other countries have something like 7 or 7.30s. Again, all these things are good because at least people start taken fitness even more seriously.”

According to Basu, even the yo-yo test measures the aerobic capacity of the athlete but has an additional anaerobic component.

“Every time you run 20 metres, you need to accelerate and decelerate, right? That is how this sport is played. In cricket nothing linear. You will run 20 metres, then if you are chasing a ball you will sprint for 20 metres and then decelerate for 10 metres. So I think yo-yo is very, very close to cricket.” 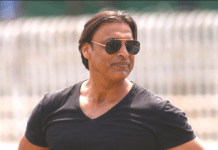 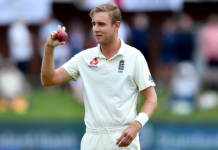 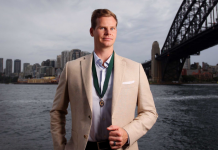