All participants of the ICC T20 WC 2021 have named their 15 or 18 or even 21 member squad earlier. But ICC allows the team to change their players with a deadline for the confirmation. This allows the teams to overview their player’s performance and make changes as needed for the tournament.

October 10, 2021, is the deadline for all the teams to submit their final squad for the T20 World Cup. Following are the details of the replacement players of the ICC T20 World Cup 2021 along with the updated squad:

Following are the details of the ICC T20 World Cup 2021 all participant team’s updated squad:

Australia T20 World Cup Squad 2021 – Cricket Australia announced the 15 member squad for the ICC T20 World Cup 2021. Aaron Finch will be captaining the side while Matthew Wade will be doing wicket-keeping duties with Josh Inglis as his backup.

BCCI announced the squad for the upcoming T20 World cup. More than the T20 World Cup announcement fans get excited and had an unexpected surprise with it.

Oman T20 World Cup Squad 2021 – Oman cricket association announces the 15 member squad for the T20 World Cup 2021. Zeeshan Maqsood will lead the side with Aqib Ilyas as the vice-captain.

Bangladesh T20 World Cup Squad 2021 – Mahmudullah will lead Bangladesh at the 2021 T20 World Cup, with all their major players in the mix with the exception of Tamim Iqbal, who opted out of the tournament recently

England T20 World Cup Squad 2021 – England Cricket Board announces the squad for the upcoming T20 World Cup 2021 where Eoin Morgan is set to lead the team.

West Indies T20 World Cup Squad 2021 – West Indies named a 15-member squad with four travelling reserves for the marquee event. Kieron Pollard lead the side for the T20 World Cup 2021 which will be played in the United Arab Emirates and Oman from October 17 to November 14, 2021.

Afghanistan T20 World Cup Squad 2021 – The Afghanistan Cricket Board named the 15 member squad for the upcoming T20 World Cup. Just minutes after the squad announcement, Khan stepped down as Afghanistan captain, citing a lack of involvement in the squad selection. Mohammad Nabi has been appointed as the skipper for the T20 World Cup 2021.

Ireland T20 World Cup Squad 2021 – Ireland announces the 18 member squad along with three reserve players for the upcoming T20 World Cup 2021. Ireland will travel to UAE on 24 September to acclimatize to the conditions and prepare for the marquee event.

Sri Lanka have confirmed their 15-member squad along with 8 reserve players for the upcoming ICC Men’s T20 World Cup 2021.

The squad will be led by Dasun Shanaka as the team begin their campaign on 18 October against Namibia in Abu Dhabi in Group A of the First Round, where they have also drawn Ireland and the Netherlands.

For the first round matches the 8 teams are divided into two groups of 4 teams each. Four teams from these two groups will feature in the super twelve league match.

The winner and runner of both groups of the first round will include in group A and group B of the super 12 round.

Round 1 matches will be as interesting as the super twelve matches as the 4 teams of this round will get featured in the super 12 league match. The first match is set to play between Oman and New Guinea on Oman followed by Bangladesh vs Scotland match on October 17 at the same venue.

The expectation will get its peak once the super 12 league matches kick starts. The first match of the Group 1 of the T20 WC will be played between Australia and South Africa on October 23 at Abu Dhabi.

Another match is scheduled to play on the same day at Dubai where England and West Indies face each other.

The Group 2 of the super 12 league match kick starts with India, Pakistan match on October 24 at Dubai.

The two semi-finals of the T20 World Cup Schedule 2021 are to play on 10th and 11th November respectively. The 2 semi-finals have a couple of reserve days before the finals.

The finals of the ICC T20 WC 2021 are scheduled to play on 14th November 2021. The 15th of November(Monday) has been announced as the reserve day for the finals. 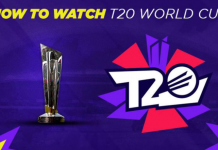 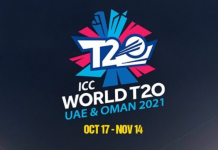